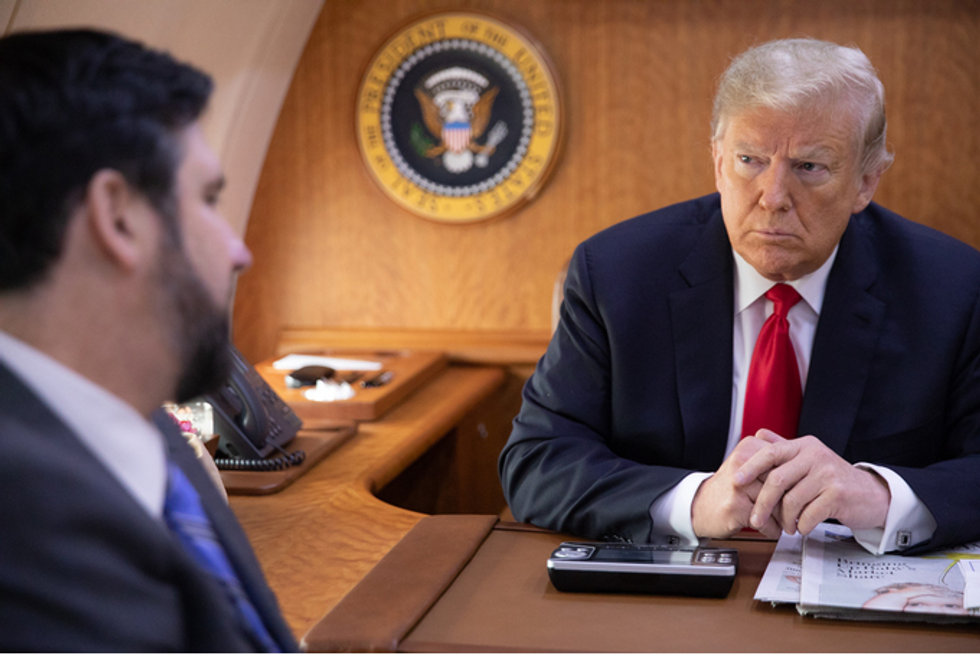 When asked if he would tone down his rhetoric in light of the recent spate of attacks against prominent Democrats and critics of the administration, President Donald Trump said on Friday that he would not.

"Well, I think I’ve been toned down, you want to know the truth," he said. "I could really tone it up. Because as you know, the media has been really unfair to me and to the Republican Party."

And on Sunday, Trump showed that he meant it by going after one of the targets of pipe bombs sent in the mail, allegedly by a man who was a fervent supporter of the president.

"Just watched Wacky Tom Steyer, who I have not seen in action before, be interviewed by @jaketapper," Trump wrote on Twitter, referring to the billionaire hedge fund manager who has wages a campaign to impeach the president. "He comes off as a crazed & stumbling lunatic who should be running out of money pretty soon. As bad as their field is, if he is running for President, the Dems will eat him alive!"

On Friday, investigators discovered that Steyer has been one of the targets of mail bombs. The package, addressed to him, was intercepted in Burlingame, California, and never reached his home. Of the 14 explosive devices that were sent, none detonated. However, FBI Direct Christopher Wray has confirmed that they were dangerous and not "hoax devices."