Trump Isn't Just Tweeting About It - He's Actually Working to Completely Shut Down Migration at the Southern Border: Report 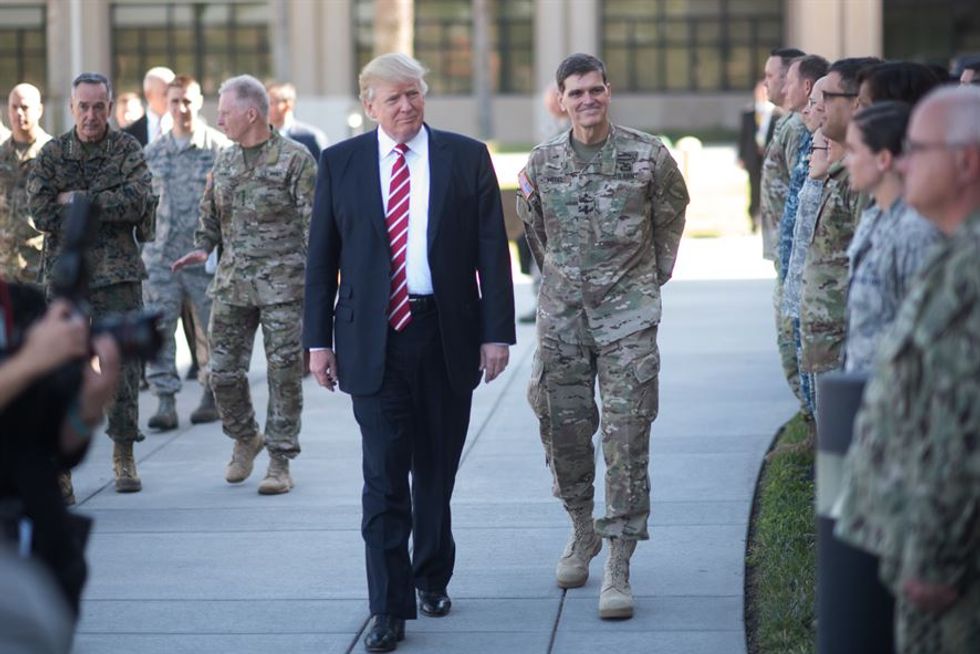 President Donald Trump has been tweeting about closing down the U.S.-Mexico border, and it appears it's more than just empty talk. Per the New York Times, the president is actually considering taking steps to block migrants and asylum seekers from comign into the country in the coming days.

But while it's not all empty talk, Trump doesn't appear to be making a serious policy calculation, but a political one. The Times reports:

The plan appeared meant as much to generate headlines to appeal to his anti-immigrant base and fuel outrage among Democrats and immigrant advocates — including legal challenges that administration officials are fully anticipating — as it was to have a practical effect on immigration. The caravan is more than 1,000 miles south of the border, and it is unclear when or whether the migrants will arrive, and how many will seek to cross into the United States.

Details of Mr. Trump’s plan, including a web of complicated legal issues that will most likely prompt a swift challenge in federal courts, were still being finalized on Thursday, according to the people who described it, all of whom insisted on anonymity to discuss an action that is still under development. The president, who is prone to changing his mind, could still decide not to take action, they stressed.

Trump has been stoking fears about a caravan of migrants in Central America who are trying to make their way to the U.S. border. While Republicans and the president fearmonger about the issue, there's little reason to believe it poses a serious threat to the country. Presenting oneself at the U.S. border as an asylum seeker is a form of legal immigration, and by traveling in a large group, the migrants can avoid dangerous smuggling organizations.

But as the midterms approach and threaten to hand control or partial control of Congress over to the Democrats, Trump appears to be getting desperate. As I argued earlier, Trump's rhetoric about the caravan mimics the "wag the dog" style of politics. Attempting to close down the border and engaging in legal battles on that front would be another instantiation of that strategy.