Trump Is Considering Resurrecting a Version of His Abominable Family Separation Policy as His Anger About the Border Boils Over: Report 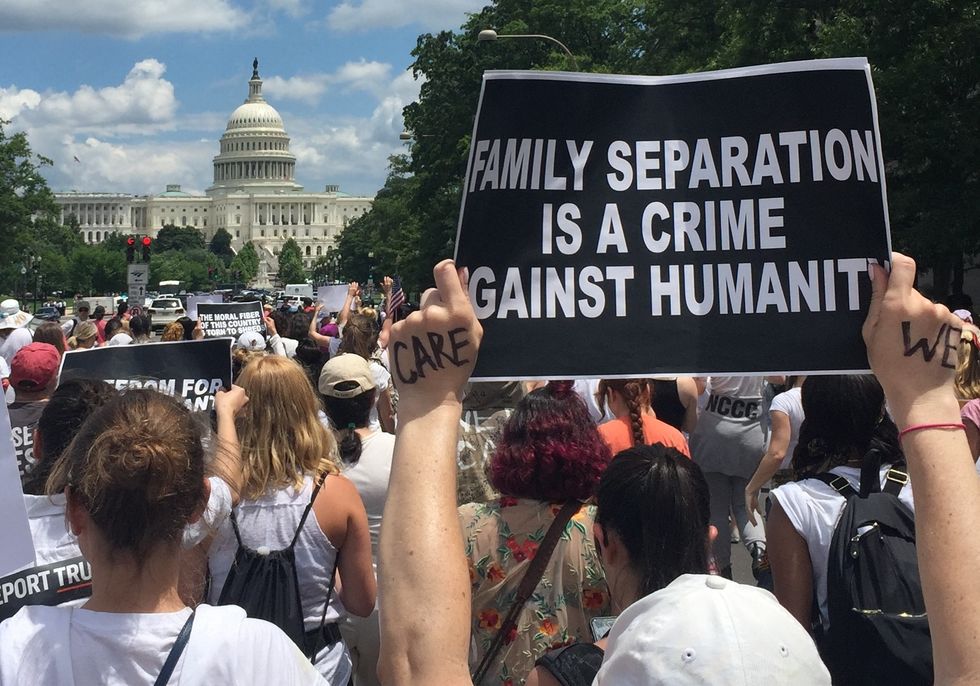 One of the greatest shames of President Donald Trump's time in office so far has been his administration's policy of separating families at the U.S.-Mexico border — many of whom are simply seeking asylum in the United States.

Images of these families torn apart, audio of the children crying, and reports of vulnerable immigrants kept in horrendous conditions stunned many observers across the political spectrum.

But now, according to a new report from the Washington Post, Trump and his advisers are considering reviving some version of the reviled policy:

One option under consideration would detain asylum-seeking families together until a 20-day deadline for releasing children kicks in. Then parents would be given a choice: Stay in family detention with your child for months or years as your immigration case proceeds, or allow them to be taken to a government shelter for unaccompanied migrant children so that other relatives or guardians can seek custody.

That option — called “binary choice” — is one of several under consideration as progress stalls on Trump’s promises to build a border wall and end what he calls “catch and release,” a process that began under past administrations in which most detained families are quickly freed to await immigration hearings. The number of migrant family members arrested and chareged with illegally crossing the border jumped 38 percent in August, and are now at record levels, according to DHS officials.

The report notes that the administration isn't likely to go back to the original family separation policy, due to the backlash it incurred. But it still seems unsatisfied with the less invasive — though still effective — means of managing border-crossers while they await hearings.

As was clear from the beginning of the policy, separating families isn't necessary for the rule of law or for the community's safety. The Post notes that the urge for a policy change now appears to come from Trump's "frustration" with the state of border crossings. The goal, as always, has been to use punitive measures to discourage foreigners from coming to this country — regardless of whether they have a legal and justifiable claim to do so.