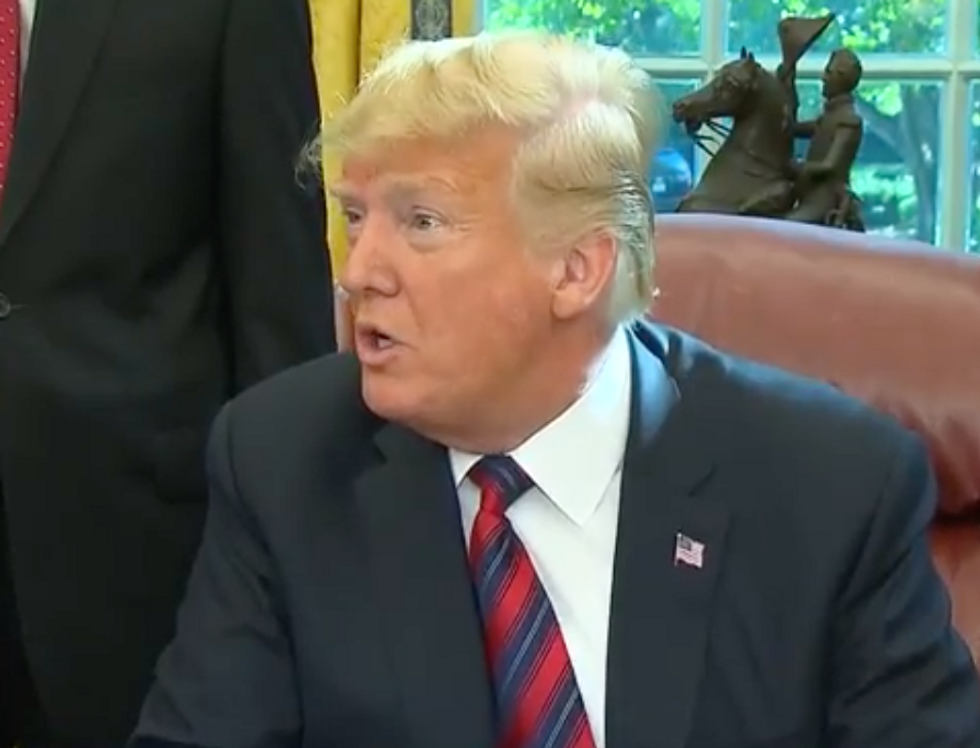 President Donald Trump Thursday morning lashed out at the mainstream media, effectively yet falsely blaming them for intentionally creating an environment of anger that led to bombs sent to top Democrats and CNN on Wednesday.

"A very big part of the Anger we see today in our society is caused by the purposely false and inaccurate reporting of the Mainstream Media that I refer to as Fake News," the President said via Twitter. "It has gotten so bad and hateful that it is beyond description. Mainstream Media must clean up its act, FAST!"

His tweet, which is entirely false, echoed remarks he made at a political rally in Wisconsinless than 12 hours earlier – despite the nation being in the middle of a terrorism attack.

Thursday morning, one more bomb was found at the Manhattan restaurant owned by actor Robert De Niro, a strong critic of the president.