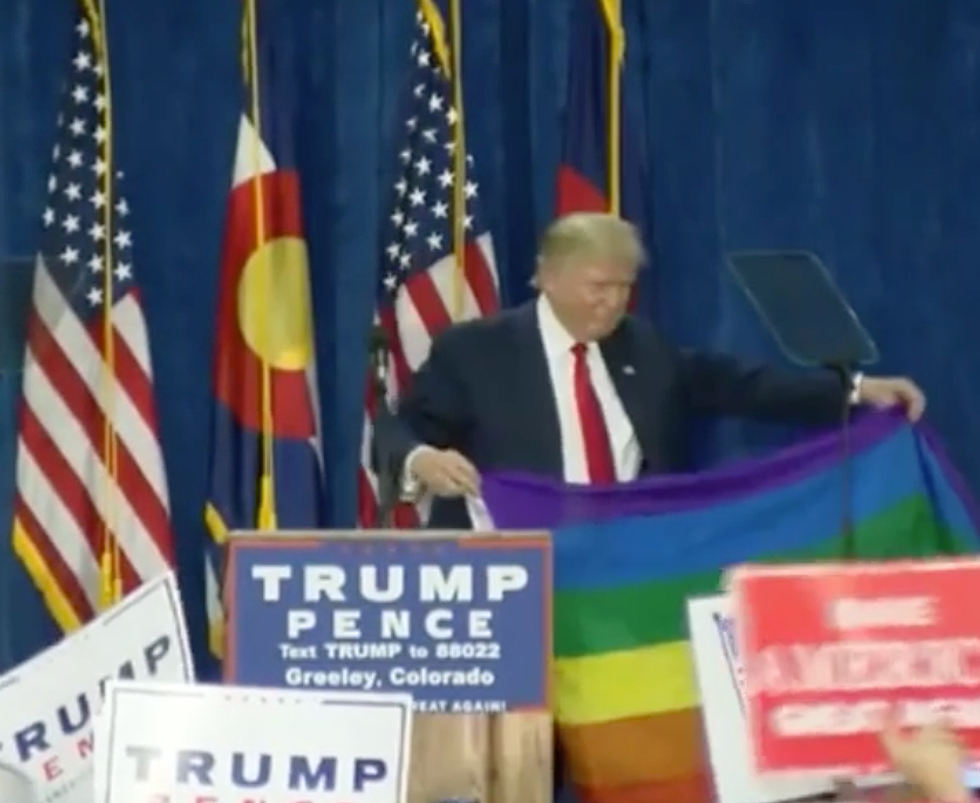 In their boldest move against LGBTQ rights, the Trump administration is considering an exceedingly limited definition of sex that would likely erase any and all transgender rights and protections.

The proposed rule, according to a report in the New York Times, would define sex as "either male or female, unchangeable, and determined by the genitals that a person is born with."

The rule is coming out via the Department of Health and Human Services under Alex Azar.

DHS has been arguing that "sex" doesn't include gender identity over the last year, and has, according to the Times, felt that the "lack of clarity" caused by inclusive Obama-era rules "wrongfully extend civil rights protections to people who should not have them."

In the memo, DHS states that governmental bodies need a uniform definition of gender that is formed "on a biological basis that is clear, grounded in science, objective and administrable."

All disputes regarding sex would be based solely on genetic testing.

The move would roll back protections at all levels of the Federal government for transgender people.

The draft memo, which has been circulating since spring, also takes aim at birth certificates, saying, "The sex listed on a person's birth certificate, as originally issued, shall constitute definitive proof of a person's sex unless rebutted by reliable genetic evidence."

This rule would fly in the face of scientific reality. By defining sex so rigidly, it would essentially ignore intersex people as well as transgender people.

It has been scientifically understood for decades that sex is not rigidly defined, and that there is a great variation of potential genetic markers beyond XX and XY, the most common chromosome pairs for sex determination.

This is the boldest move yet from the administration since their attempts to bar transgender people from the military.