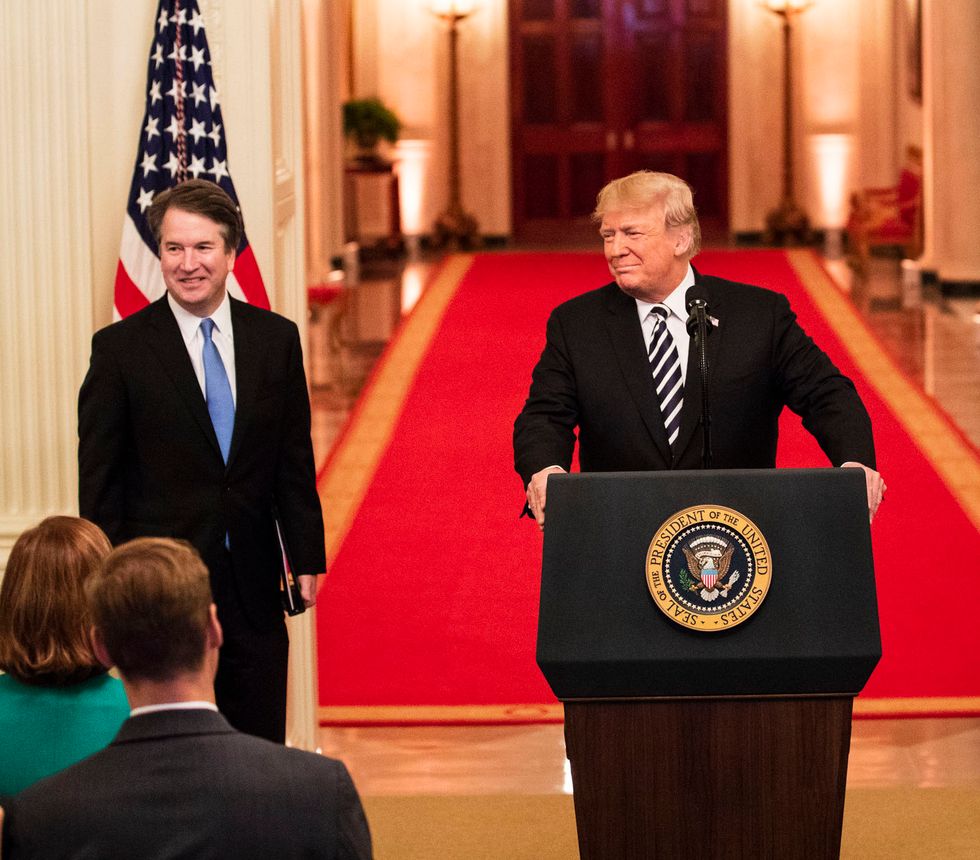 Speaking with the Associated Press on Tuesday, President Donald Trump compared the treatment of the authoritarian Saudi regime — known for committing atrocities in its war on Yemen and for being implicated recently in the likely murder of a critical journalist — with new Supreme Court Justice Brett Kavanaugh.

"Here we go again with you know you’re guilty until proven innocent," Trump told the AP. The AP added: "He is comparing it to allegations of sexual assault leveled against now-Supreme Court Justice Brett Kavanaugh during his confirmation hearing."

After sexual assault allegations emerged against Kavanaugh during the nomination process, Trump repeatedly complained that the way the nominee was treated violated "due process" and the principle of "innocent until proven guilty" — even though those standards apply only to criminal trials, not Senate confirmations.

The fact that he would now compare his Supreme Court nominee to the Saudi regime — which is unquestionably linked to no end of suffering and human rights abuses — is stunning.

And, as many writers including Conor Friedersdorf pointed out, Trump and the GOP's claims to be defenders of due process and fair treatment of the accused is patently self-interested and cynical. Republicans don't care about "due process" when it comes to marginalized groups, like communities of color they want to throw in jail or immigrants they want to deport en masse.

Moreover, as NBC reporter Tom Winter pointed out, both U.S. intelligence agencies and Trump's close Republican allies — such as Sen. Lindsey Graham (R-SC)  — seem to believe the regime is guilty of the murder of journalist Jamal Khashoggi.

Which raises the question: Why is Trump so committed to defending the Saudis? Why is it in his interest to vigorously defend them as he did Kavanaugh?