These Are the Insane Limits the White House and Senate Republicans Have Imposed on the FBI's Investigation of Kavanaugh: Report 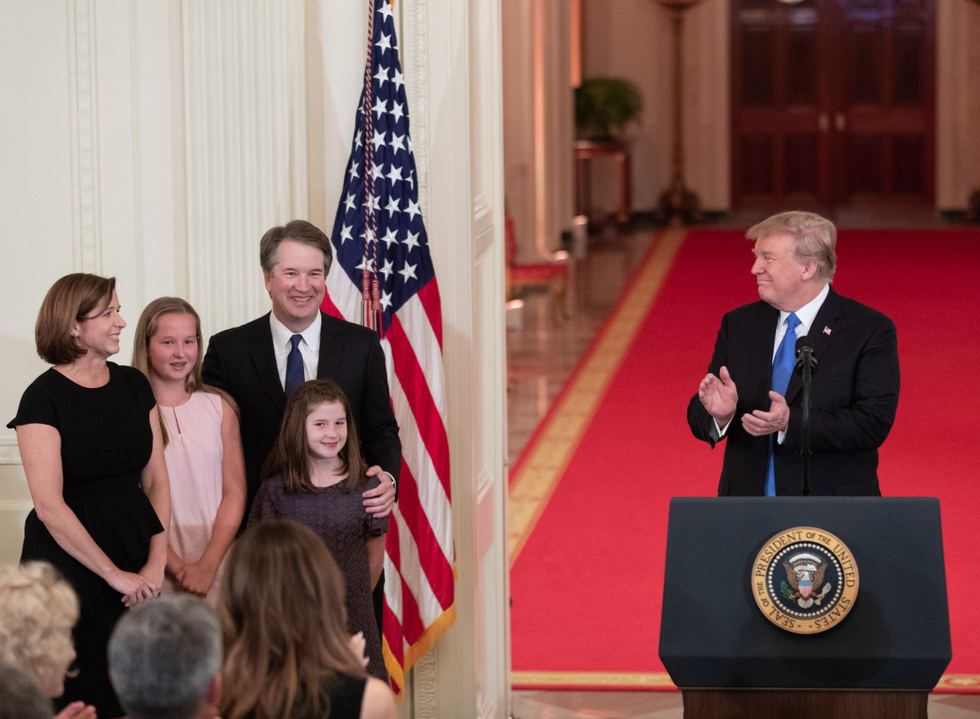 The New York Times is reporting the scope of the FBI's supplemental background check into Judge Brett Kavanaugh is so "limited" and "narrow" it could be completed today.

After President Trump agreed to order the Bureau to reopen its check on the Supreme Court nominee, many were outraged upon learning the third accuser, Julie Swetnick, would not be interviewed. Anger and outrage over the weekend escalated when it was revealed White House Counsel Don McGahn, seemingly with Judge Kavanaugh himself, created a list of witnesses the FBI could interview – effectively barring the FBI from interviewing several important witnesses.

A Sunday New York Times article reveals just how much the White House has tied the FBI's hands – despite President Trump's seemingly false claim that he wants FBI agents "to interview whoever they deem appropriate, at their discretion."

Calling it "an abbreviated investigation into allegations of sexual misconduct," the Times reports the review "involves interviewing four potential witnesses."

That list does not include Dr. Blasey Ford or Judge Kavanaugh.

Dr. Blasey Ford's attorney told the Times they have repeatedly tried to reach the FBI but have received no response.

"Officials said the F.B.I.’s 'limited' supplemental background check of Judge Kavanaugh could be finished by Monday morning," the Times reports.