There's Only One Way to Contain the Catastrophe 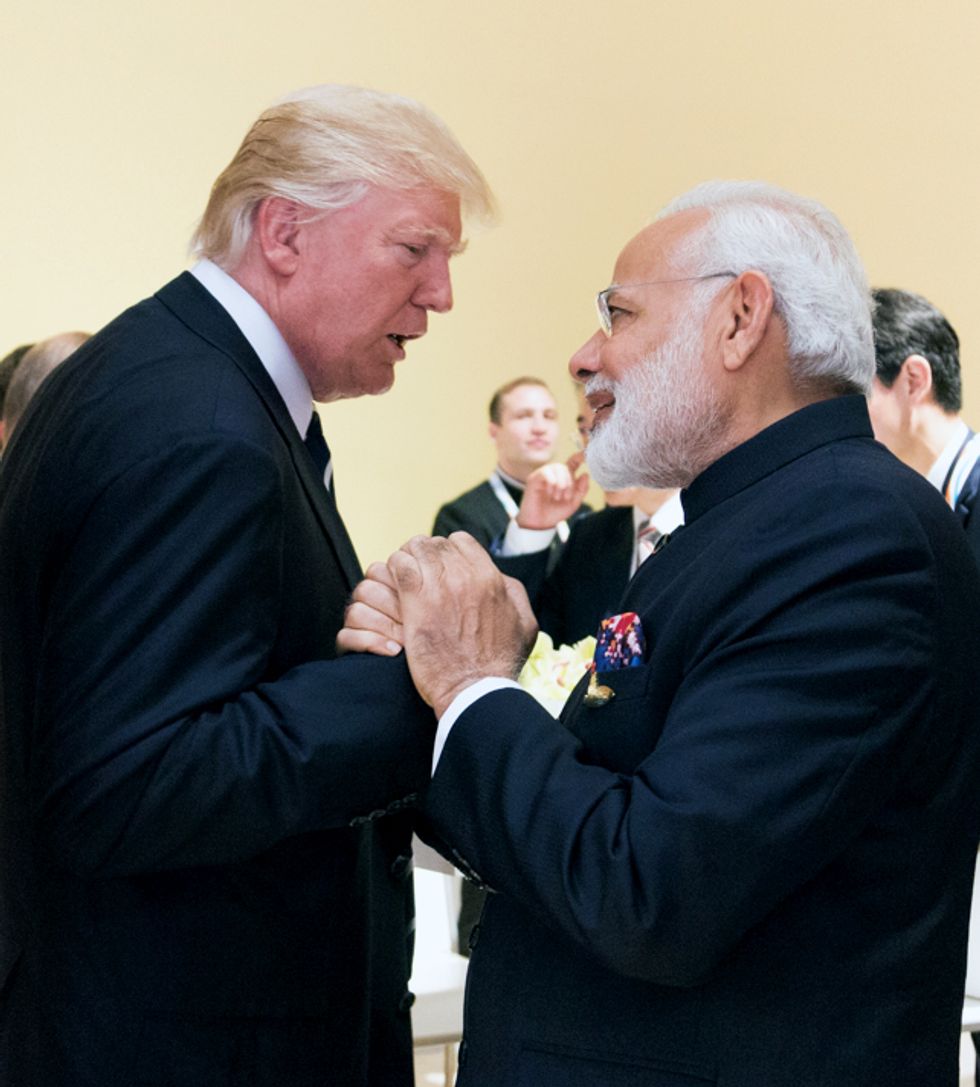 With the addition of Kavanaugh, the Supreme Court is as firmly Republican as are the House and Senate.

Kavanaugh was revealed as a fierce partisan – not only the legal advisor who helped Kenneth Starr prosecute Bill Clinton and almost certainly guided George W. Bush’s use of torture, but also a nominee who believes “leftists” and Clinton sympathizers are out to get him.

He joins four other Republican-appointed jurists, almost as partisan. Thomas, Alito, and Roberts have never wavered from Republican orthodoxy. Neil Gorsuch, although without much track record on the Supreme Court to date, was a predictable conservative Republican vote on the Court of Appeals for the Tenth Circuit – which is why the Heritage Foundation pushed for him and Trump appointed him.

Even under normal circumstances, when all three branches are under the control of the same party we get a lopsided government that doesn’t respond to the values of a large portion of the electorate.

But these are not normal circumstances. Donald Trump is President.

Need I remind you? Trump is a demagogue who doesn’t give a fig for democracy – who continuously and viciously attacks the free press, Democrats, immigrants, Muslims, black athletes exercising First Amendment rights, women claiming sexual harassment, anyone who criticizes or counters him; who treats the executive branch, including the Justice Department, like his own fiefdom, and brazenly profits off his office; who tells lies like other people breathe; and who might well have conspired with Vladimir Putin to swing the election his way.

Trump doesn’t even pretend to be the president of all the people. As he repeatedly makes clear in rallies and tweets, he is president of his “base.”

And his demagoguery is by now unconstrained in the White House. Having fired the few “adults” in his Cabinet, Trump is now on the loose (but for a few advisors who reportedly are trying to protect the nation from him).

All this would be bad enough even if the two other branches of government behaved as the framers of the Constitution expected, as checks and balances on a president. But under Republican leadership, they refuse to play this role when it comes to Trump.

House and Senate Republicans have morphed into Trump sycophants and toadies – intimidated, spineless, opportunistic. The few who have dared call him on his outrages aren’t running for reelection.

Some have distanced themselves from a few of his most incendiary tweets or racist rantings, but most are obedient lapdogs on everything else – including Trump’s reluctance to protect the integrity of our election system, his moves to prevent an investigation into Russian meddling, his trade wars, his attacks on NATO and the leaders of other democracies, his swooning over dictators, his cruelty toward asylum-seekers, and, in the Senate, his Supreme Court nominees.

Senate Majority Leader Mitch McConnell has emerged as Trump’s most shameless lackey who puts party above nation and Trump above party. The House leadership is no better. House intelligence chair Devin Nunes is Trump’s chief flunky and apologist, but there are many others.

Now that Kavanaugh is on the Supreme Court, you can forget about the Court constraining Trump, either.

Kavanaugh’s views of presidential power and executive privilege are so expansive he’d likely allow Trump to fire Mueller, shield himself from criminal prosecution, and even pardon himself. Kavanaugh’s Republican brethren on the Court would probably go along.

So how are the constitutional imperative of checks and balances to be salvaged, especially when they’re so urgently needed?

The only remedy is for voters to flip the House or Senate, or ideally both, on November 6th.

The likelihood of this happening is higher now with Kavanaugh on the Court and Trump so manifestly unchecked. Unless, that is, enough voters have become so demoralized and disillusioned they just give up.

If cynicism wins the day, Trump and those who would delight in the demise of American democracy (including, not incidentally, Putin) will get everything they want. They will have broken America.

For the sake of the values we hold dear – and of the institutions of our democracy that our forbearers relied on and our descendants will need – this cannot be allowed.

It is now time to place a firm check on this most unbalanced of presidents, and vote accordingly.

This article was originally published at RobertReich.org