There Is an ‘Elegant Way’ to End Global Marijuana Prohibition 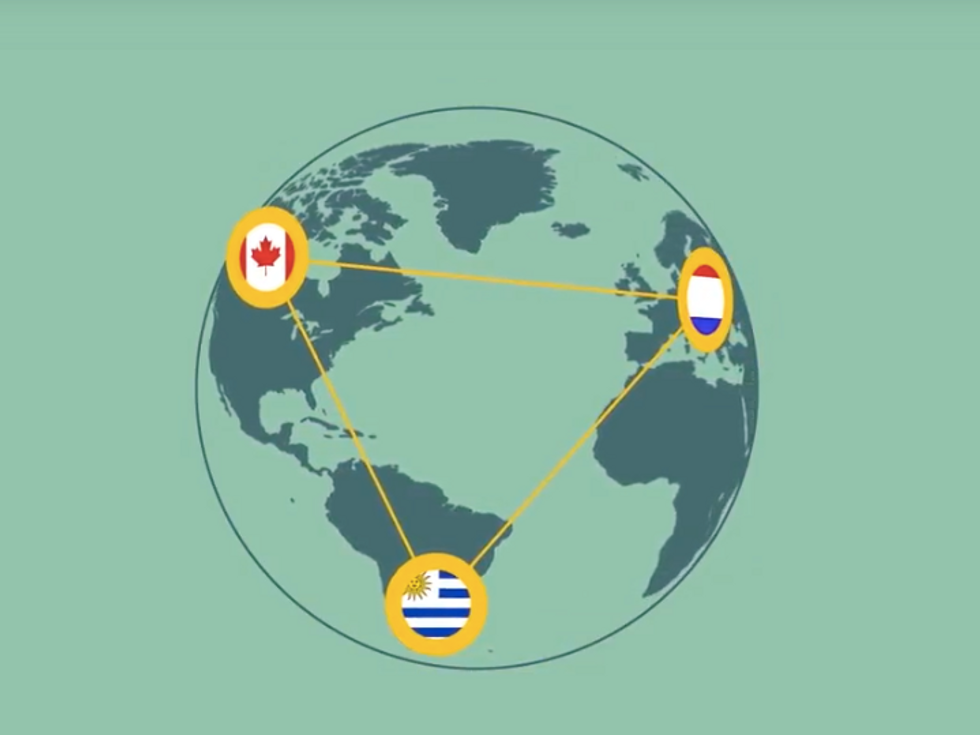 Uruguay legalized marijuana in 2013. Canada legalized it last week. In doing so, both countries put themselves in violation of the UN anti-drug treaties that are the legal backbone of global drug prohibition.

Not much happened. That’s because those treaties are toothless; they have no effective enforcement mechanisms. The global anti-drug bureaucrats at the Commission on Narcotic Drugs and the International Narcotics Control Board can write irate memos criticizing Ottawa and Montevideo, but that’s about it. They have done so, and Canada and Uruguay blithely ignored them.

Still, the 1961 UN Single Convention on Narcotic Drugs and its 1971 and 1988 addenda are global agreements, and while an argument can be made that countries that want to legalize marijuana should just ignore that provision, there is a counterargument to be made that it is better to modify or creatively interpret the existing global framework than to merely brush aside the anti-drug treaties.

Now, the good folks at the Transnational Institute’s (TNI) Drugs and Democracy program have come up with what they call “an elegant way” to end global marijuana prohibition. It’s called inter se modification. Instead of ignoring the tension between national-level legalization and the treaties, using this strategy would “resolve those treaty tensions and enable progressive and sustainable change at the global level.”

What inter se modification does is allow two or more signatory states to the UN conventions to enter into an agreement among themselves alone. As TNI explains in the video below, a group of countries—say Canada, the Netherlands, and Uruguay—could agree to an inter se modification agreement on how marijuana cultivation should take place, how international pot commerce should be conducted, and education and public health policies, among others.

“These three countries would basically create a mini-treaty of their own, while at the same time respecting the rights and obligations of all state parties that do adhere to the UN drug control conventions,” TNI explains. “If other countries wish to legally regulate cannabis after this mini-treaty is agreed on, they are free to join the group and enjoy the benefits accordingly.”

Here we have a way to legalize marijuana at the national level without breaching the UN treaties. Instead the treaties’ provision on the illegal marijuana would simply be hollowed out over time as country after country eventually joins the inter se modification agreement. Maybe then there will come a tipping point where the treaties themselves can be amended to reflect the new global reality.

Here’s how TNI explains it all: