'There Could Be Flying Monkeys!': CNN's Anderson Cooper Mocks Trump's Shameful Lies and Attacks on the Truth 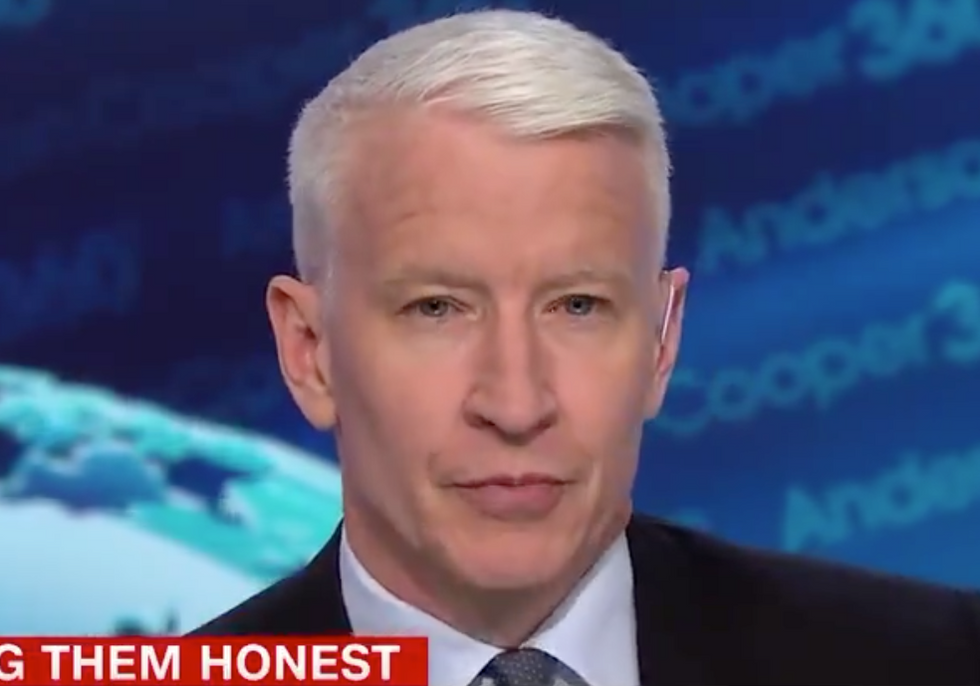 President Donald Trump has been making wilder and even more obviously false claims in recent days and weeks as the 2018 midterm elections approach.

On Tuesday, Trump's use of bald-faced lying took a bizarre turn when a reporter challenged him on his claim that the caravan of immigrants in Central American includes people from the Middle East and, by his implication, terrorists. He was asked what proof he had of this claim.

CNN's Anderson Cooper systematically debunked Trump and his allies attempts to defend his wild claims in a long segment on his show "Anderson Cooper 360."

"At this critical moment, President Trump appears to be amplifying his disregard for the facts," Cooper said.

He continued: "Again, this isn't about the merits of this or that immigration policy — only about making arguments based on facts, not fears. Which is also why, again, tonight, we're not showing wall-to-wall video that caravan itself. Because whatever you think of the people in it, there's no evidence that they are, as the administration is suggesting, some kind of invading army infiltrated potentially by terrorists looming somewhere on the U.S. border."

Reflecting back on Trump's admission that he has no proof of the claims he's been making, Cooper mocked the president: "There could be flying monkeys! Somewhere. On the planet. But there's just no proof of that. We don't see it."