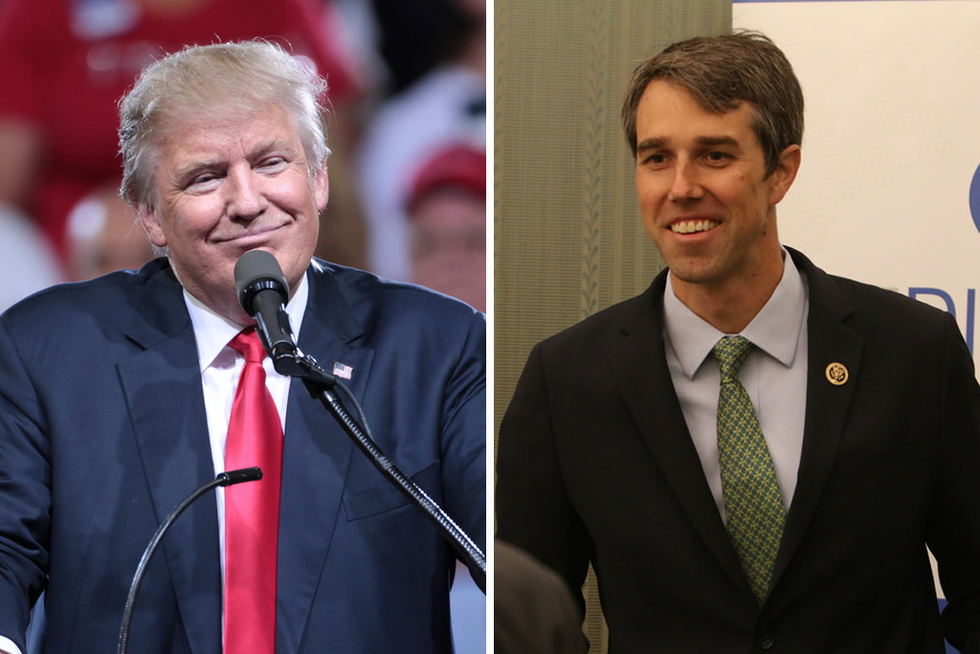 A former Trump voter told MSNBC on Tuesday that he had decided to vote for Democratic Senate nominee Beto O’Rourke because President Donald Trump’s rhetoric had become “absolutely insane.”

Reporting from a polling place in Houston, Texas, MSNBC’s Vaughn Hillyard spoke to one “conservative” voter about how Trump’s rallies had influenced his vote.

“Even last night, the president talking about how that caravan coming in to the United States is infiltrated with MS-13 members and, I don’t know, like, ISIS operatives or something — just absolutely insane,” the man said, shaking his head.

“I just hope people understand that they’re not going to come and just break down the doors and start wreaking havoc,” the man added. “I just don’t want people to vote based off of misinformation or a misconception [about] what’s actually going to happen.”