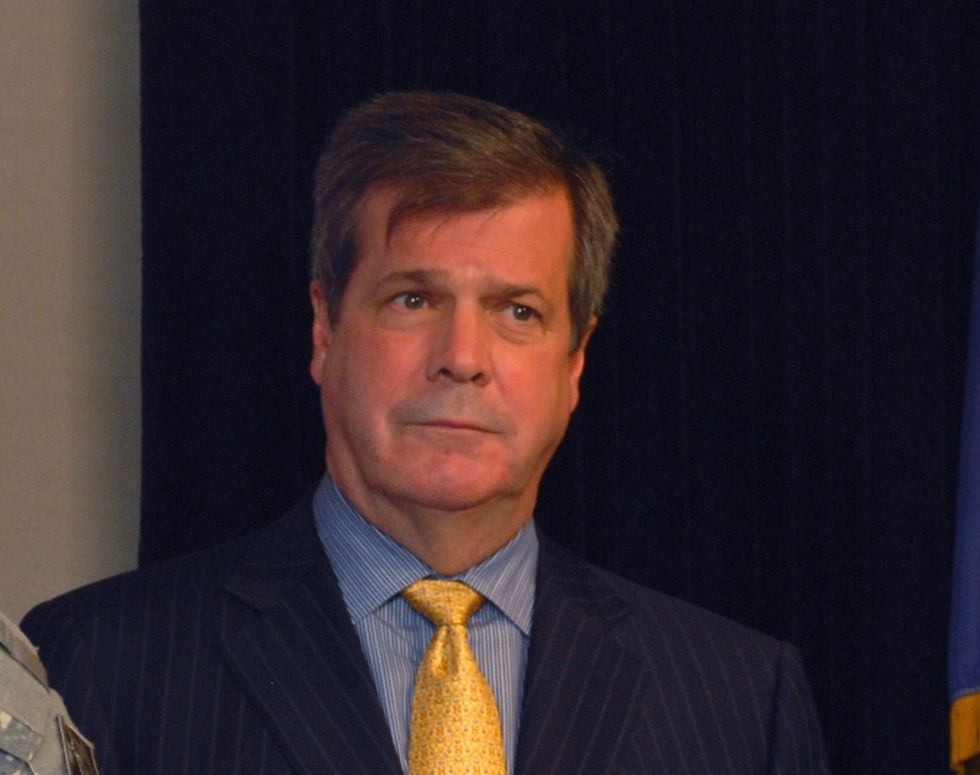 The Tennessee governor's race has not attracted nearly the attention of the higher-profile Senate race, where the close race between GOP Rep. Marsha Blackburn and Democratic former Gov. Phil Bredesen recently was brought into focus by Taylor Swift.

According to The Tennessean, state Highway Patrol Trooper Anthony Bull, who was assigned to Dean's security detail, tried to leak to the Lee campaign that Dean was attending a "Muslim event" — in violation of a nondisclosure agreement. According to the report, Tennessee Highway Patrol memos show that someone on Lee's campaign — either Lee himself or a staffer — then "jokingly asked" another trooper if they could "take a photo for us."

All of this alone would be appalling, given that Bull apparently breached protocol for partisan purposes, and given that merely attending a "Muslim event" and listening to members of other faiths should not in any way be grounds for criticism of a candidate.

But the biggest irony is that it turns out the "Muslim event" in question, which took place on September 7, was not even a religious gathering at all. It was a campaign stop at Yassin's Falafel House in Knoxville.

Bull has since been removed from security duties following an internal investigation by the Tennessee Highway Patrol, and a Lee campaign spokeswoman says that "Bill has no recollection of the conversation being described in the report ... this sounds like a miscommunication."

Attacking a Democratic candidate for stopping at a falafel restaurant is the latest in a series of desperate attempts by the GOP to paint opponents as sympathetic to terrorism.

Republicans trying to protect Rep. David Brat (R-VA) from Democratic challenger and former CIA operative Abigail Spanberger have attacked her for briefly teaching at an overseas Islamic school that has been attended by people who went on to commit terrorist acts — and the method with which a GOP super PAC improperly obtained her security clearance files from the Post Office to source this smear has become a scandal in and of itself.

Meanwhile, Rep. Duncan Hunter (R-CA), indicted for theft of campaign funds, is running racist ads reminding voters that his half-Palestinian opponent, former Labor Department official Ammar Campa-Najjar, is the grandson of the terrorist behind the 1972 Munich Olympic massacre. "Ammar Campa-Najjar is working to infiltrate Congress. He's used three different names to hide his family's ties to terrorism," says the ad. (Campa-Najjar is a practicing Christian and never knew his grandfather.)

Republicans clearly hope that stoking fear of the "other," especially when it comes to religion, will get Trump supporters to the polls. But in Tennessee, their attempt to dig up culture-war dirt on Dean has ended in humiliation.