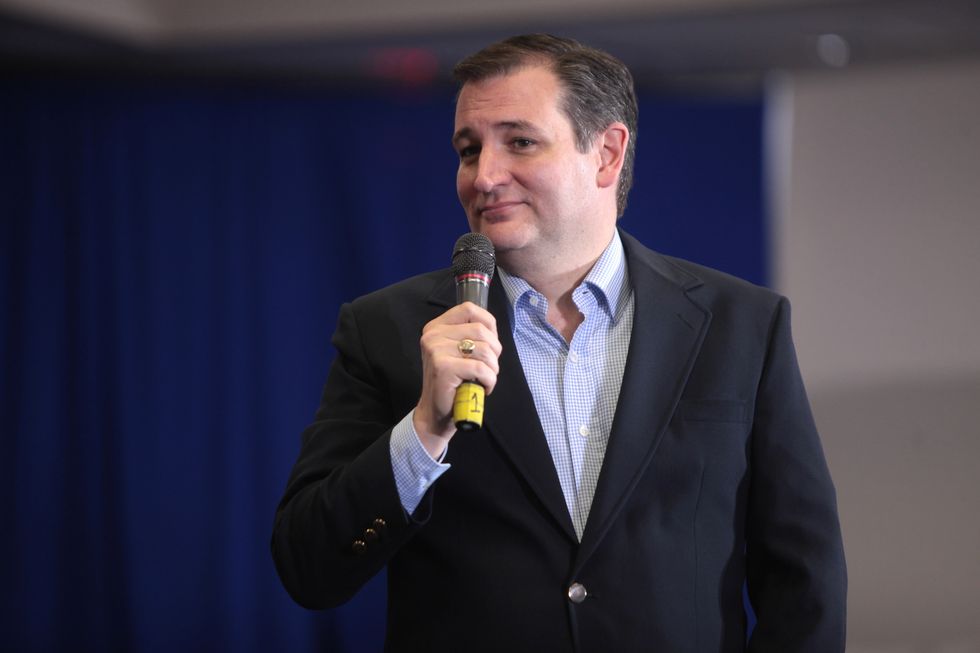 "It's disappointing," said Cruz vaguely, when asked about King at a campaign stop in Midland, as reported by the Dallas Morning News. "He's saying and doing things that are dividing us, that are pulling us apart. We need to be finding ways to come together. This is a very polarized time and I do think tone and rhetoric matter. The way you address issues matter."

This seems a wholly inadequate response. King, who has a long history of white nationalist rhetoric, is under fire for giving an interview to a Nazi-founded far-right party in Austria — while on a trip funded by an international Holocaust remembrance group. In the interview, King asserted that the West is being destroyed by nonwhite immigration and suggested Jewish billionaire philanthropist George Soros was secretly funding a coordinated effort to "replace" whites in Europe. In the wake of this racist interview, multiple companies have cut off funding to his campaign, including dairy giant Land O' Lakes, which is critical to Iowa's economy.

Cruz and King have a longstanding political alliance. In 2015, King endorsed Cruz's bid for the presidency, choosing him over Donald Trump even though the latter's immigration-centered campaign was more in line with King's brand. Cruz, who is himself an anti-immigrant hardliner, repaid King by naming him a co-chair of his campaign.

Recent polls have shown that both races are tightening.