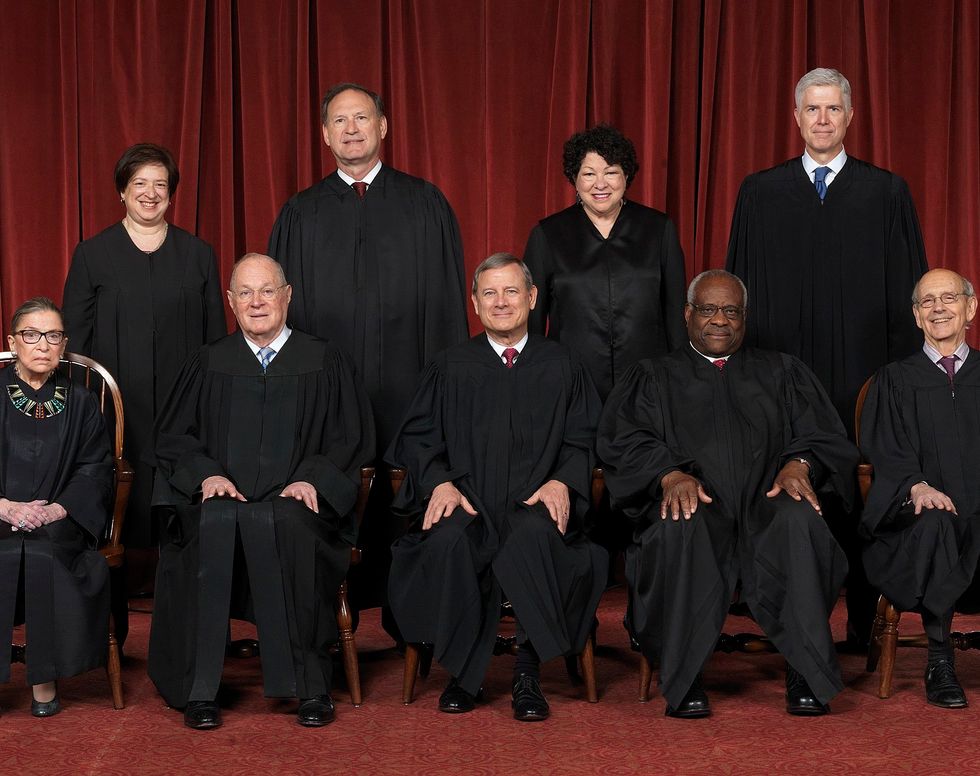 On Tuesday, the Supreme Court denied an emergency request to reverse an Eighth Circuit Court of Appeals ruling that reinstated a set of draconian North Dakota voter ID restrictions — restrictions which disproportionately impact Native Americans living on tribal lands, and which could threaten the re-election of Democratic incument Sen. Heidi Heitkamp.

The denial, issued by Neil Gorsuch, was 6-2, with Ruth Bader Ginsburg and Elena Kagan dissenting, and Brett Kavanaugh — who was only just sworn into office after a bitter confirmation fight — not taking part.

North Dakota is unique among states in not having voter registration at all, meaning that voters are confirmed solely by presenting identification that proves their residency. But the new law, enacted by the Republican-controlled state legislature in 2017, places new restrictions on the type of state-issued ID that is acceptable: specifically, North Dakota voters must now present a photo ID card that bears a residential street address.

That could be a serious problem for thousands of Native American voters who live on tribal lands, because many of them do not actually have residential street addresses. The Postal Service does not deliver directly to many tribal reservations, so many state-issued tribal ID cards simply bear a P.O. box, which will not be sufficient under the new law.

A federal district court previously blocked the law from taking effect after Native American groups sued, and North Dakota conducted its primaries without it. But the Eighth Circuit reversed the lower court in September — and with the Supreme Court refusing to intervene, the law will now take effect for the general election.

Native American voters whose tribal ID cards do not show a residential street address will not be completely without options. They may be able to call their local 911 coordinator, register the location of their address, and have a document mailed to them bearing that address, which can then be used to supplement their ID. But early and absentee voting has already started, and the new rules are bound to create mass confusion, potentially causing thousands of people to stay home or bring the wrong identification.

This, indeed, was Ginsburg's main complaint in her dissent. "The risk of voter confusion appears severe here because the injunction against requiring residential-address identification was in force during the primary election and because the Secretary of State’s website announced for months the ID requirements as they existed under that injunction," she wrote. "Reasonable voters may well assume that the IDs allowing them to vote in the primary election would remain valid in the general election. If the Eighth Circuit’s stay is not vacated, the risk of disfranchisement is large."

Heitkamp is already facing a tough election fight against GOP Rep. Kevin Cramer, who currently leads her in all polls. She won in 2012 by a margin of fewer than 3,000 votes, and Native Americans make up a huge portion of her voter base. Absent a broad awareness and organizing campaign to help people obtain the required documents, the court decision could be a disaster for voter turnout.