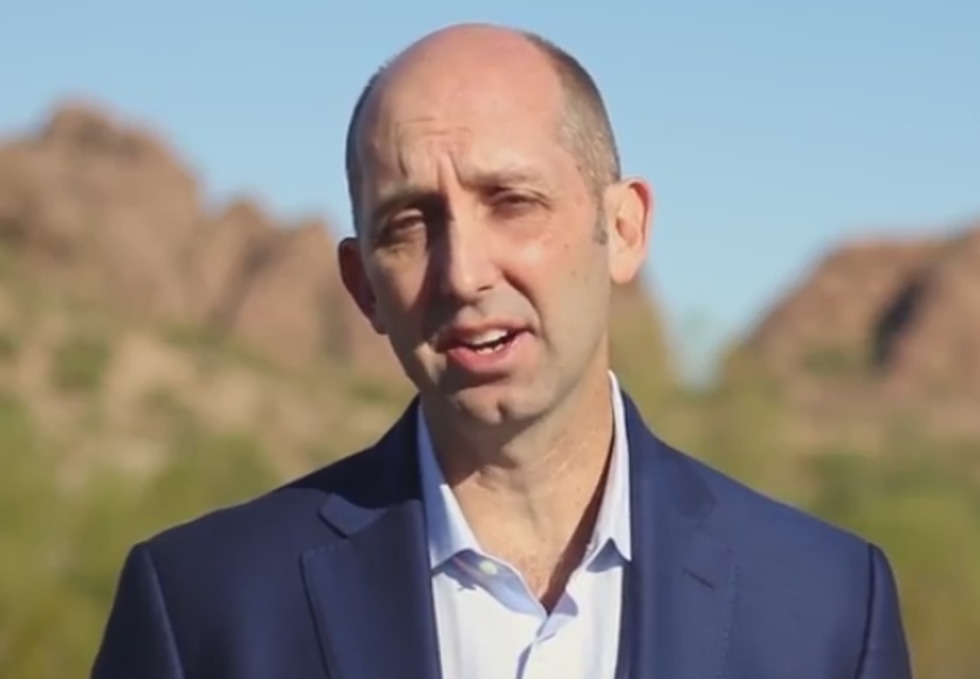 A Republican candidate in Arizona has found himself in hot water over remarks in which he essentially compared people on government assistance to animals who need their owner to feed them.

Steve Ferrara, a former Navy medical officer running for Arizona's 9th Congressional District, made the remarks at a meeting with the Arizona State University College Republicans, in audio obtained by the Phoenix New Times.

"It's worse than a child, you've relegated them to the status of a pet. Right? I mean, honestly," he says in the audio. "Because if you can't feed yourself, like — we all love our pets. But if you don't put the food down for them, you don't put the roof over their head, they would starve, right? And that's essentially what you've done to poor people with these programs."

Asked for comment by the New Times, Ferrara doubled down. "I was quoting long-cherished social contract and Enlightenment principles which celebrate uplifting the human spirit and warn against regressive government policies that stifle the ability for people to achieve their full, true, and uniquely human potential," he wrote them in an emailed statement.

Republicans routinely attack social programs by dehumanizing the low-income people who need assistance. In 2015, the Oklahoma Republican Party faced criticism for a Facebook post that compared food stamps to people who feed the animals at national parks.

The long-held Republican myth is that food and cash assistance don't actually do anything to combat poverty, because it robs people of their work ethic — an idea often coupled with racist stereotypes about who is using these programs. There is in fact no evidence to support this notion, as the spate of assistance programs passed in the 1960s actually lowered poverty substantially. Moreover, millions of people on public programs are, in fact, already working. But that hasn't stopped Republicans from trying to aggressively roll back crucial antipoverty programs, most recently by authorizing states to kick Medicaid recipients off the rolls if they don't work a certain number of hours.

Arizona's 9th District, which covers the western metropolitan area of Phoenix, including Tempe, Mesa, and Scottsdale, was vacated by Democratic Rep. Kyrsten Sinema, who is currently running for Senate. The Democratic candidate is Greg Stanton, the former mayor of Phoenix.