'That Sends a Shiver Down My Spine!': CNN Panel Destroys Trump over His History of Anti-Semitic Pandering 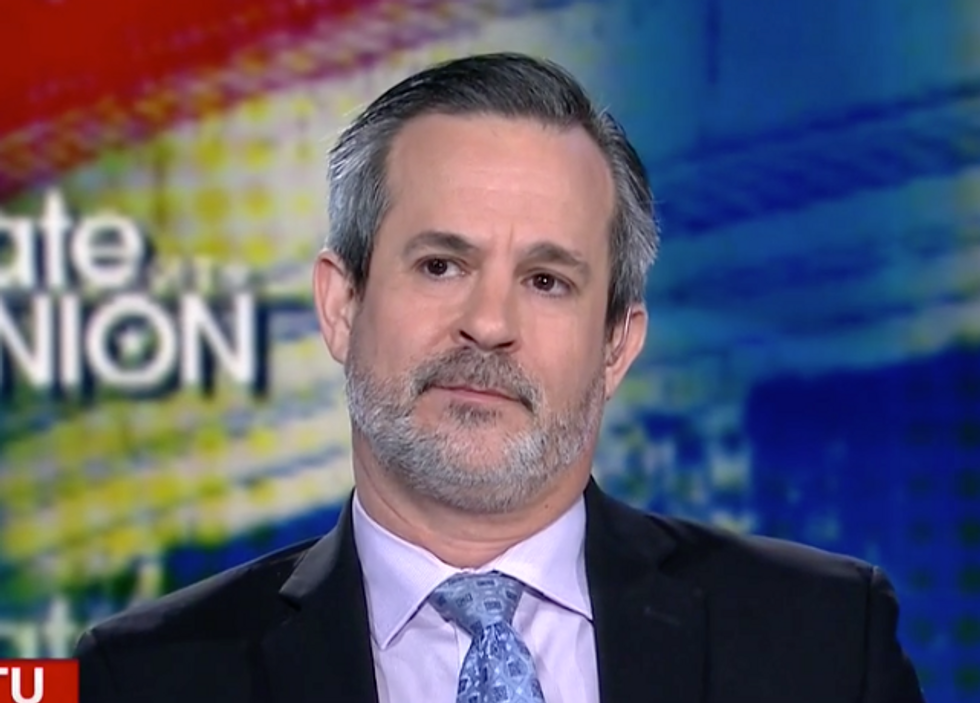 While the brutal killing of 11 people at a synagogue on Saturday is making clear the vivid dangers of American anti-Semitism, many political observers pointed out the not-too-subtle role President Donald Trump has had in stoking this animus.

On CNN Sunday morning, Jonathan Weisman, author of "((Semitism))): Being Jewish in America in the Age of Trump," pointed out that the president has often failed to stand up forcefully to the factions of right-wing bigotry in the country. In fact, he has even indulged some of the tropes and imagery that underlies this bigotry, essentially giving it his endorsement.

"The last advertisement of President Trump's campaign for president talked about 'global special interests' as the Jewish faces of Janet Yellen, George Soros, and Lloyd Blankfein went by," he said. "That's not a dog whistle! That's a vuvuzela, as somebody said."

CNN then played the clip, showing the deeply troubling imagery the Trump campaign employed, embracing some of the most pernicious conspiracy theories about Jewish people.

"I mean, that sends a shiver down my spine!" said Weisman.

Though Trump defender David Urban tried to excuse the ad as just a message against special interests and Democrats, he couldn't explain the fact that Trump's actual views about policy don't oppose large political donations, the influence of Goldman Sachs, or the policies of former Fed Chair Janet Yellen. Trump actually hired a Goldman Sachs alum, Gary Cohn, in the White House and strongly considered reappointing Yellen — revealing that his use of these figures as boogeymen in the ad had nothing to do with their policy beliefs. Instead, by choosing these specific Jewish figures and tying them to a global conspiracy, it was a clear and blatant appeal to anti-Semitism.