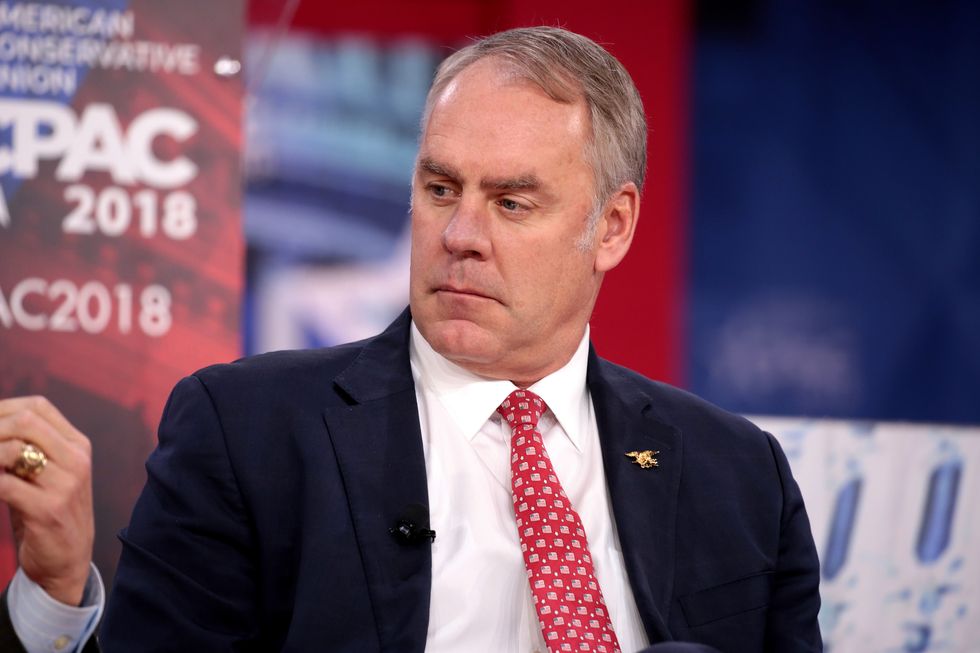 Interior Secretary Ryan Zinke is plagued by scandals — facing about a dozen different investigations of his conduct — but he may have found a solution to his oversight woes: replacing the person investigating him with a political stooge.

The Hill reported first Wednesday morning that the Interior Department Acting Inspector General Mary Kendall will be replaced by Suzanne Israel Tufts, who has been serving in the Department of Housing and Urban Development. As an assistant HUD secretary, Tufts has already been confirmed by the Senate — meaning she can be installed in Kendall's place without another vote.

The report notes that President Barack Obama had tried to confirm Kendall officially as the department IG in 2015 — which would have removed "acting" from her title. But at that time, GOP Senate Majority Leader Mitch McConnell was leading an intransigent opposition to Obama appointments, and she was blocked.

Now, Zinke and the Trump administration will have the ability to replace a career official with a political appointee who could potentially wipe the slate clean of the investigations against the Interior Secretary if she so chooses.

Even if Tufts doesn't take such a brazen approach, any outcomes of her investigations of the sitting secretary will likely be tainted by the dubious manner of her appointment.

"This is a very big deal," said Michael Bromwich, a former Justice Department inspector general. "Politicizing the oversight function is dangerous, especially in the absence of any Congressional oversight. Changing IGs in the midst of multiple serious investigations of the agency's head should raise alarm bells everywhere."

NBC News reported that Kendall appeared to have no knowledge of the change when The Hill's report was published, which cited a department-wide email from HUD Secretary Ben Carson announcing the move.