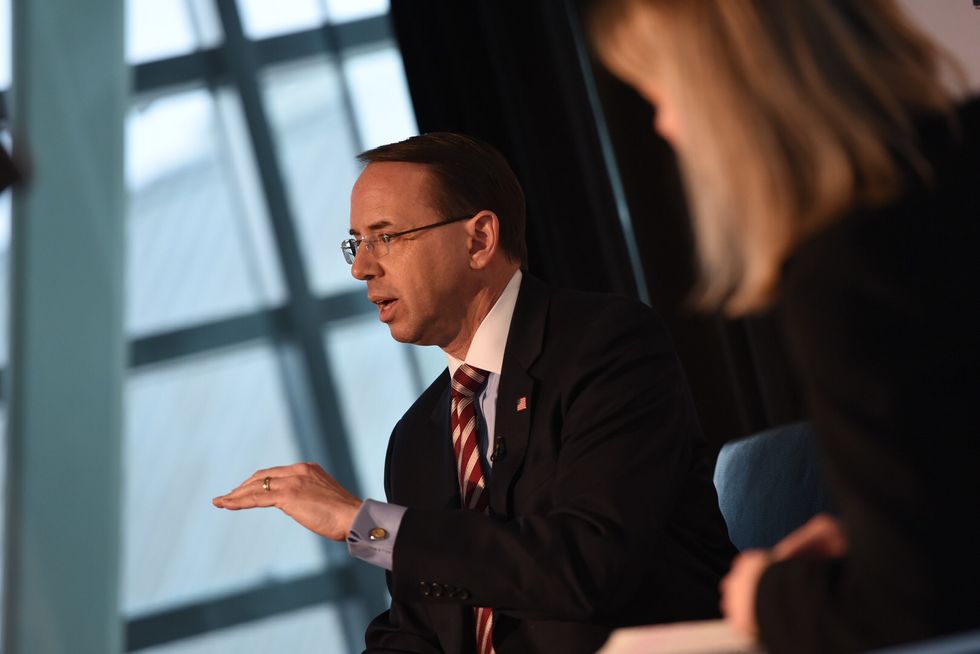 Deputy Attorney General Rod Rosenstein offered a direct repudiation in a new interview for those who attack and denigrate the work of Special Counsel Robert Mueller and his team on the Russia investigation. Speaking to the Wall Street Journal, Rosenstein said the investigation has been "appropriate and independent" — a stark contrast to opponents who say it is a corrupt and biased attempt to attack President Donald Trump.

Among those critics, of course, is the president himself.

But while Rosenstein came out strong against the type of bellicose rhetoric Trump favors — he often calls the Mueller probe a "witch hunt," sometimes in all caps — the deputy attorney general was careful to thread the needle to avoid directly criticizing the man who could fire him.

“The president knows that I am prepared to do this job as long as he wants me to do this job,” he told the paper. “You serve at the pleasure of the president, and there’s never been any ambiguity about that in my mind.”

Just a few short weeks ago, Rosenstein was assumed to be a goner. Multiple outlets said he had been fired or resigned from the administration after a New York Times report found that he had discussed wiretapping the president and floated using the 25th amendment to remove him from office.

But despite that ruckus, Rosenstein remains employed, at least for now.

While he appears to have won the president's approval temporarily — all bets are off after the midterms — he also appears to be keeping to his promise of protecting the integrity of the investigation.

“I committed I would ensure the investigation was appropriate and independent and reached the right result, whatever it may be,” he said. “I believe I have been faithful to that.”