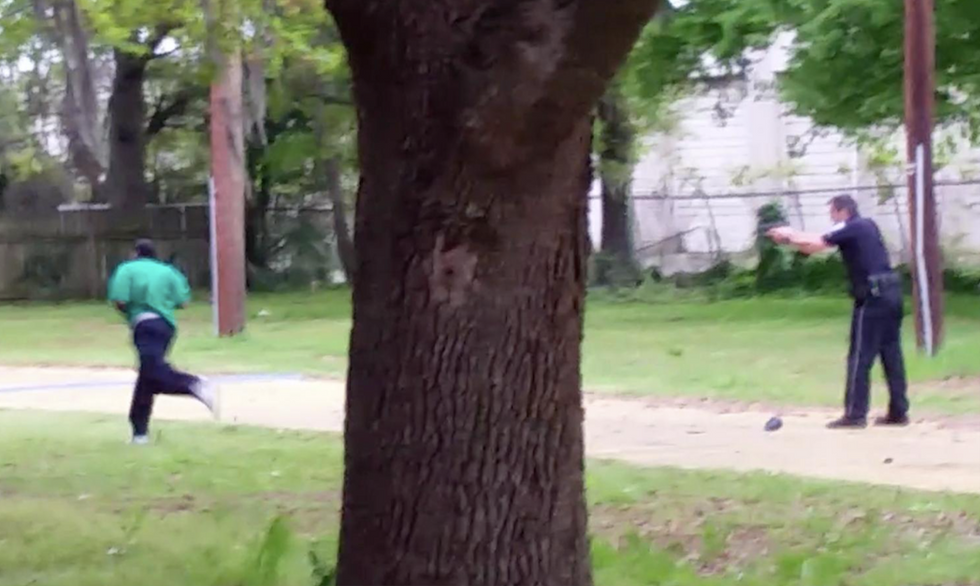 Florida Gov. Rick Scott's clemency board, where rehabilitated ex-felons must seek the restoration of their voting rights, is notorious for its arbitrary and capricious nature. Scott makes clear to everyone who comes before him that it is a "court of mercy" and he and the three members of his cabinet who decide whether people get their voting rights back are not bound by any rules or process.

A blistering expose by the Palm Beach Post, however, finds that there is a suspicious pattern to who gets their rights back and who does not.

According to the Post's findings, Scott has restored the voting rights of twice as many whites as blacks, even though whites and blacks were released from state prisons at roughly the same rate. Furthermore, Scott re-enfranchised a higher percentage of Republicans, and a lower percentage of Democrats, than any governor since 1971.

In general, Scott has granted far fewer clemencies than any governor in decades; just over 400 per year, versus nearly 39,000 per year under predecessor Charlie Crist. Oddly, though, a few lucky people seem to get fast-tracked; one man who got his voting rights restored without even having to appear for a hearing was developer James Batmasian, a Republican donor convicted of payroll tax evasion who just happened to offer to host a fundraiser for Scott in 2014. Another man who voted illegally while waiting for his hearing was granted clemency after Scott learned that the illegal vote had been cast for him.

All of this is especially troublesome given that Scott himself will be on the ballot this year, as a candidate for Senate against Democratic incumbent Bill Nelson — and it seems that he has exercised a heavy hand on the racial and partisan makeup of the enfranchised adult population for that election.

Only three states — Florida, Iowa, and Kentucky — permanently strip the voting rights of anyone who has ever been convicted of a felony, and Florida is by far home to the largest population of disenfranchised ex-felons. The law has its roots in the aftermath of the Civil War, as a way of getting around the Fifteenth Amendment: rather than simply saying only white people could vote, which wasn't allowed, Florida simply imprisoned black people for felonies at high rates, then declared nobody with a felony conviction could vote.

The intent of that law still shines through today: it is estimated that 1.4 million Floridians are excluded from voting for this reason, including more than one in five African-Americans in the state.

This November, Floridians will vote on Amendment 4, a ballot measure that would end this vestigial Jim Crow law and restore voting rights to all ex-felons, except those convicted of murder or sex crimes. The measure would need 60 percent of the vote to pass, but polling shows more than 70 percent of voters support it. Democratic gubernatorial candidate Andrew Gillum has made clear he supports Amendment 4, while Republican candidate Ron DeSantis opposes it. However, outside the gubernatorial race, support for Amendment 4 does not split along partisan lines. A broad coalition supports the measure, from the ACLU to the Christian Coalition of America to even a committee funded by the Koch brothers.

In the meantime, however, it is clear that until then, Scott's clemency practices will play a role in who has access to the franchise.