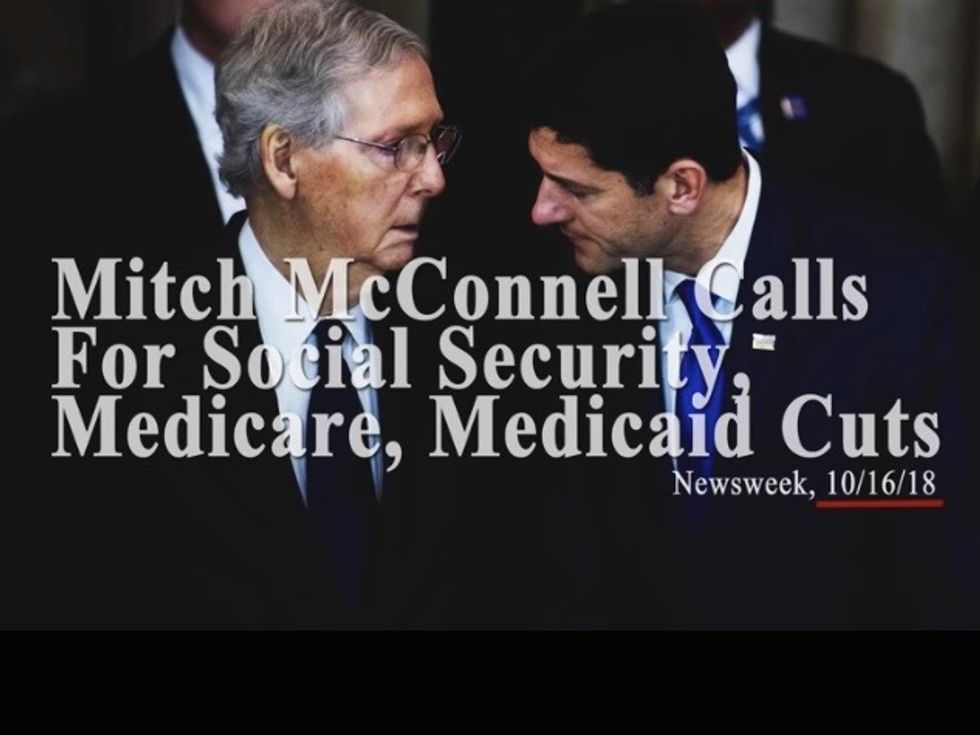 Mitch McConnell recently went on TV and said in no uncertain terms that the Republican plan was to cut Social Security, Medicare and Medicaid. A new Priorities USA Ad, “Big Cuts,” shows exactly what every Democrat should be saying over and over again between now and November 6. If Republicans keep control of Congress, they will use the $2 trillion cost of their tax handout to the wealthy as an excuse to slash Social Security, Medicare and Medicaid.

Article continues after the new video on the GOP’s plans for Big Cuts:

It is heartening to see this excellent ad from Priorities USA, the largest Democratic Party super PAC. Pundits who claim that Democrats don’t have a unified message are wrong. They do, and it is one that resonates with voters across age, race, gender, and political affiliation—hands off our Social Security, Medicare, and Medicaid benefits, except to expand them.