'Republicans Are Lying Nonstop': Paul Krugman Slams the GOP for Abandoning All Restraint and Adopting Trump's Approach to the Truth 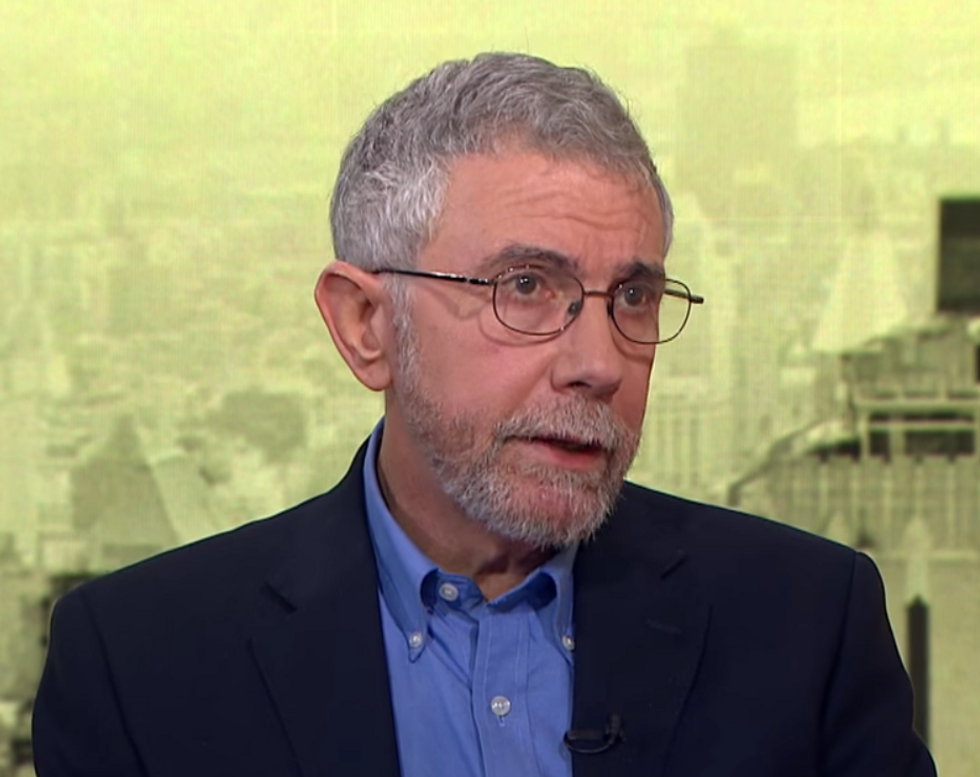 In a new New York Times op-ed, economist Paul Krugman pointed out that the Republican Party's apparent strategy for winning over voters in the 2018 election is taken right from President Donald Trump's playbook: Lie, lie, lie.

While many believe that this is really just politics as usual, it's actually not. Politicians have always lied at times, of course, but much of the art of the public sphere has been shading the truth and spinning the facts in your own favor. Now, the GOP approach is to cook up new realities and sell complete fantasies to their voters as truths.

"What do they lie about?" wrote Krugman. "Lots of things, from crowd sizes to immigrant crime, from steel plants to the Supreme Court. But right now the most intense, coordinated effort at deception involves health care — an issue where Republicans are lying nonstop about both their own position and that of Democrats."

For those of us who have long covered health care policy, it's been a mind-boggling turn of events. Republicans, who have always played a losing hand by arguing for the unpopular and wrongheaded idea that there should be more free-market principles applied in health care, are now literally saying one thing and doing the other.

"Indeed, 20 Republican state attorneys general filed a lawsuit trying to eliminate protection for pre-existing conditions, and the Trump administration has declined to oppose the suit, in effect endorsing it," Krugman noted. "Now, you might imagine that Republicans would respond to the manifest unpopularity of their health care position by, you know, actually changing their position. But that would be hopelessly old-fashioned. As I said, what they’ve chosen to do instead is lie, insisting that black is white and up is down."

Thus Josh Hawley, as Missouri’s attorney general, is part of that lawsuit against Obamacare’s regulation of insurers; but in his campaign for the Senate, he’s posing as a defender of Americans with pre-existing conditions. Dean Heller, running for re-election to the Senate in Nevada, voted for a bill that would have destroyed Obamacare, including all protection for pre-existing conditions; but he’s misrepresenting himself just like Hawley is.

And of course, this week saw the publication of Trump's op-ed attacking Medicare-for-All, in which, as the Washington Post explained, “Almost every sentence contained a misleading statement or a falsehood.”

If they wanted to, Republicans could try to convince the American people that their view that the health insurance industry should be less regulated, not more, is correct. Or they could, in the face of the facts and the wild unpopularity of their position, either change their minds or simply leave the issue alone and focus on other topics they care about.

But they've realized Trump has had a lot of success lying to voters faces while stabbing them in the back. And, to top it off, he gratuitously smears Democrats with obvious falsehoods.  That's been his consistent strategy, and now the whole party has adopted it as its own.