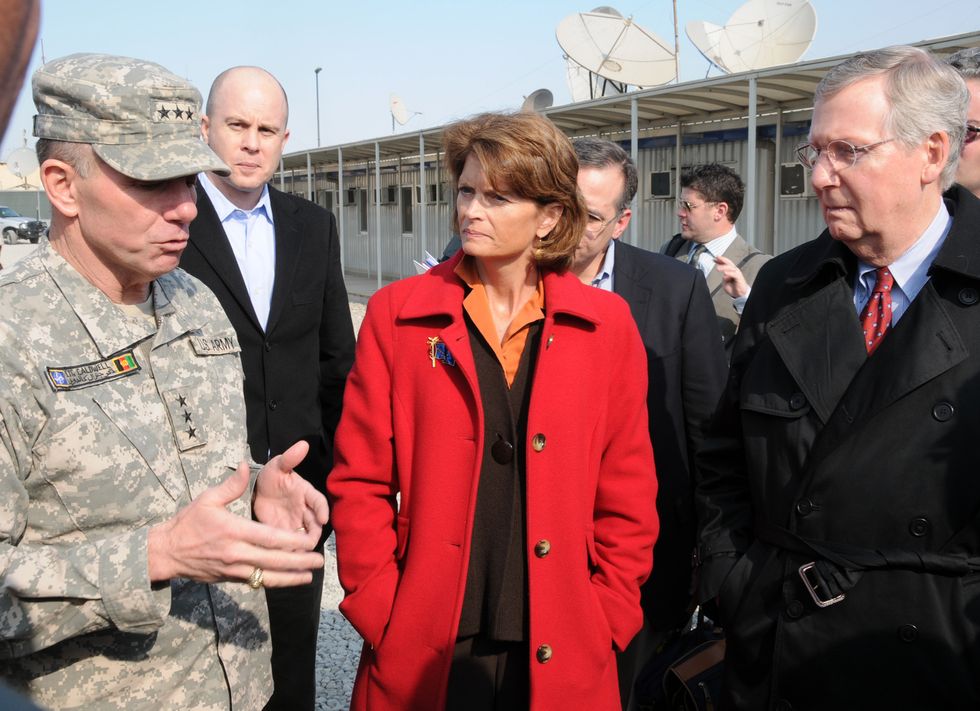 Sen. Jeff Flake (R-AZ) has announced that he will vote yes on the final passage vote for Supreme Court nominee Brett Kavanaugh, "unless something big changes and he doesn't see what would change. Says was a hard decision for everybody." It shouldn't be a hard decision, having watched Kavanaugh melt down in a bitterly partisan, rage-filled tirade in front of the Judiciary Committee last week. Contrast with Sen. Lisa Murkowski (R-AK), who voted no. "I believe Brett Kavanaugh is a good man," saysMurkowski. "In my view he's not the right man for the court at this time." That's splitting the baby—he's a good man but not for the court—but what a principled Republican should say.

According to Murkowski, Kavanaugh is “not the right man for the court at this time.”

Sen. Joe Manchin (D-WV) has a lot more room to maneuver in his vote—all he has to do is push the healthcare angle. His state has the highest population of people living with pre-existing conditions in the country. There's a federal court case threatening their protections about to be decided right now, and that case will almost undoubtedly end up at the Supreme Court. Kavanaugh has shown his antipathy toward the Affordable Care Act in his decisions. That's all Manchin needs, even if he can't muster the kind of principle and integrity his colleague Heidi Heitkamp (D-ND) has shown. Sen. Susan Collins (R-ME)? She's got every bit of cover that Lisa Murkowski and Heidi Heitkamp have. If she has the fortitude to show it.