Reporters Educate Sarah Sanders After Her Absurd Insult of the Washington Post: 'That's What Newspapers Do' 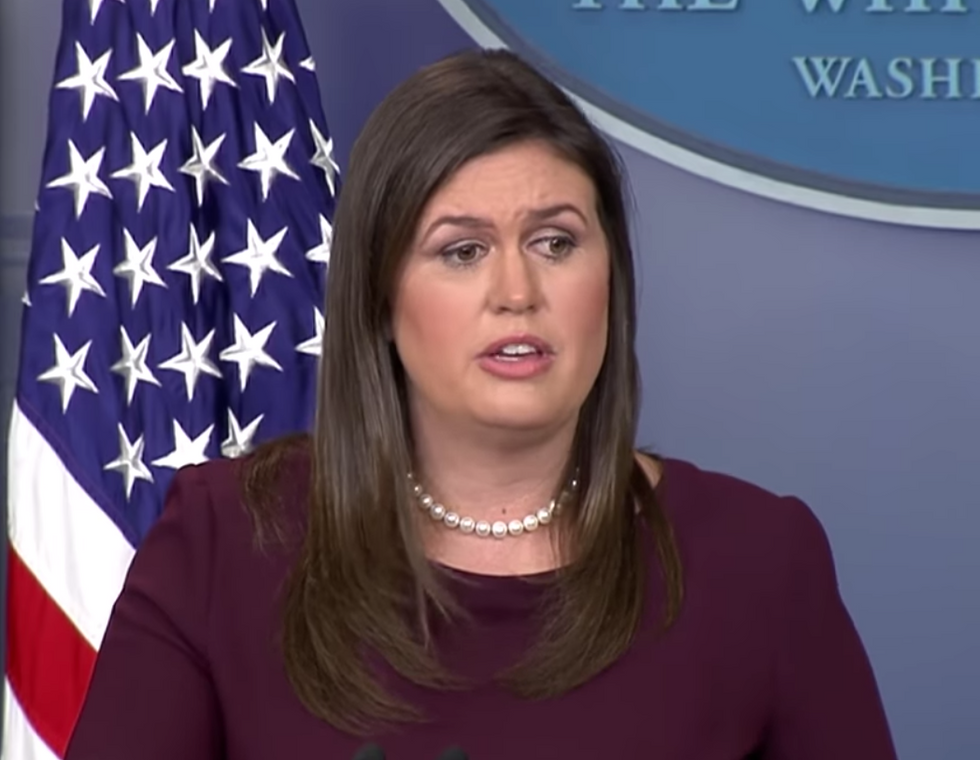 White House Press Secertary Sarah Sanders was not happy Sunday about the Washington Post's reporitng on the ties between President Donald Trump and the recent high-profile attacks against a Pittsburgh synagogue and major Democratic figures, who were sent mail bombs that failed to detonate this week.

Eleven people were shot and killed at the Tree of Life synagogue attack Saturday, and six others were wounded.

Sanders angrily responded to a tweet showing that the Post's front page, which addressed what critics were saying about Trump's violent and often bigoted rhetoric and the clear support that the suspect in the mail bombings case showed for the president.

"Is there any tragedy the Washington Post won’t exploit to attack President @realDonaldTrump?" Sanders wrote. "The evil act of anti-Semitism in Pittsburg was committed by a coward who hated President Trump because @POTUS is such an unapologetic defender of the Jewish community and state of Israel."

New York Times reporter Peter Baker pointed out, however, that the Post's reporting wasn't an "attack" on the president. It was journalism.

Of course, there's no reason to think Sanders doesn't know this. The administration has cynically been attacking the press since day one, often for simply reporting the facts. Trump and his aides will often decry a story or a report as "fake news" — only to confirm it in the weeks to come and ignore the fact that they had ever denied it.

It's a dangerous and self-serving game that is particularly condemnable given that the mail bomber also targeted CNN this week. Continuing the administration's shameful and baseless attacks on the press is nothing short of negligence in light of these events.