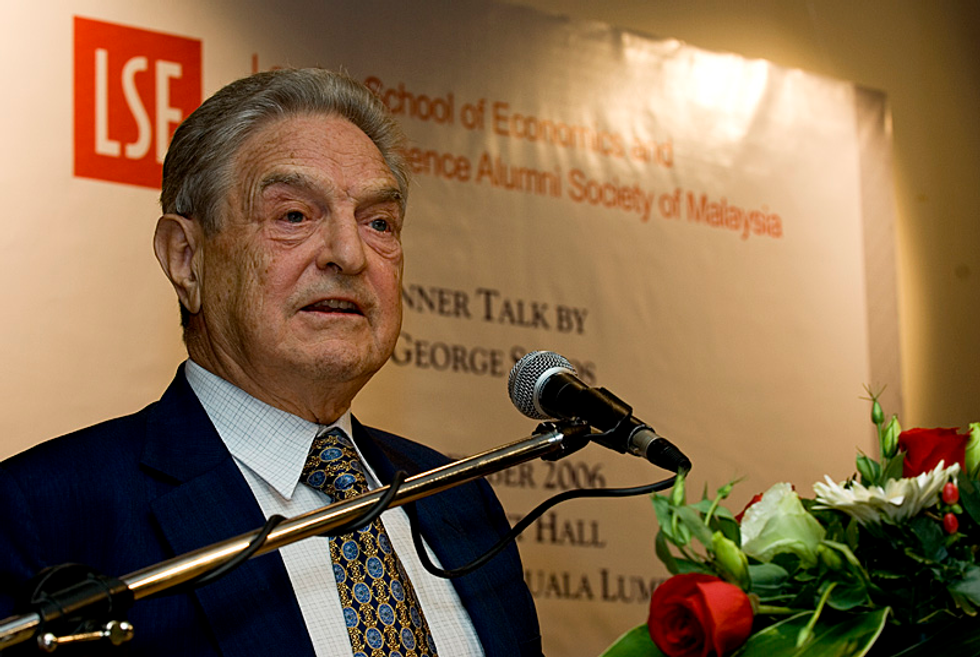 Last week, Mother Jones reported that Radio TelevisiÃ³n MartÃ­, a U.S. government-run television service that broadcasts to Cuba, wrote a segment months ago that called liberal billionaire philanthropist George Soros a "multimillionaire Jew of Hungarian origin whose fortune is estimated at $8 billion" and "a non-believing Jew of flexible morals," implying that his activities threatened Latin America.

Now, Talking Points Memo reports that the network has pulled the segment:

Radio TelevisiÃ³n MartÃ­ is overseen by the Office of Cuban Broadcasting, a U.S. federal government office meant to “promote freedom and democracy by providing the people of Cuba with objective news and information programming.”

The segment painting Soros as a menace to Latin America was initially flagged by the Cuban Triangle blog, and the director of the Office of Cuba Broadcasting (OCB), TomÃ¡s P. Regalado then told Mother Jones that the videos were removed from the broadcaster’s website when the news organization approached him about the content.

The source material for the segment was Judicial Watch, a right-wing oversight group that is best known for filing Freedom of Information Act requests to try to find misconduct by Democratic politicians. Judicial Watch has recently gotten into trouble over its conspiracy theories about Soros; on Sunday, Fox News blacklisted JW research director Chris Farrell after he claimed on Lou Dobbs' show that the State Department is "Soros-occupied" and that Soros is indirectly paying the Honduran migrant caravan to travel to the U.S.

In a statement to Mother Jones, Regalado defended the reporting, but admitted it was skewed to favor the right.

"Judicial Watch is a good source, but having said that, it should not have been the only source," he said. "The two part series was not precise and did not have on the record sources to balance the story. To be fair and to show that we in the new administration are committed to journalistic integrity, the stories have been pulled out of the digital page, not because we want to hide anything, but because we want to be transparent if we say that the story did not have the required balance, then it should not be on the air."