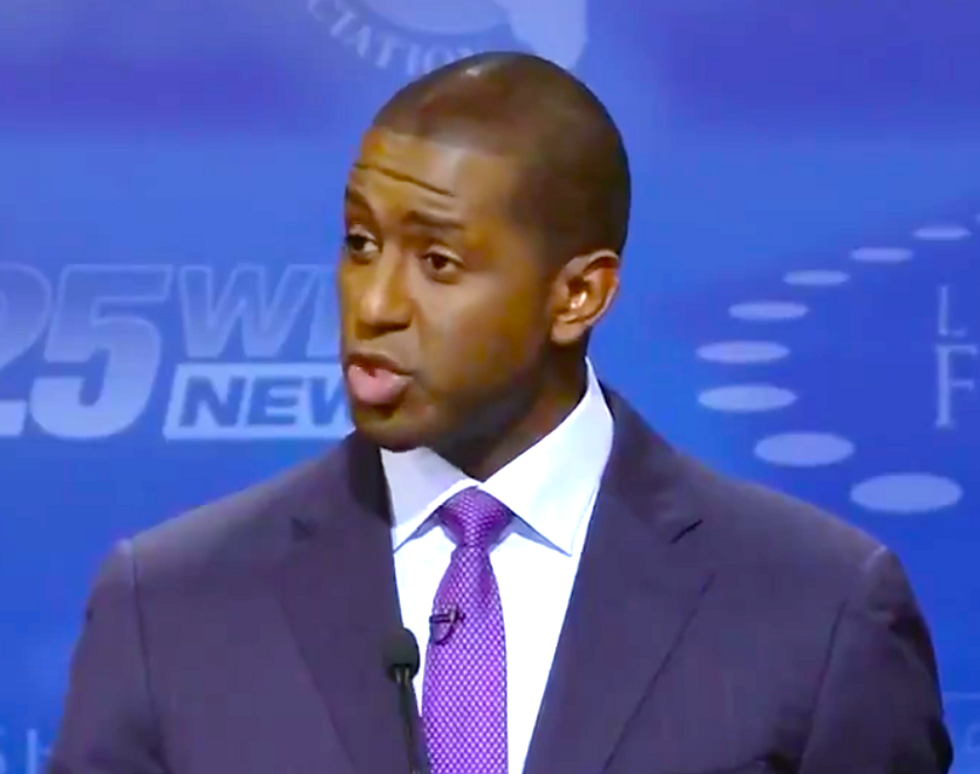 "First of all, he's got neo-Nazis helping him out in this state," said Gillum. "He has spoken at racist conferences. He's accepted a contribution — and would not return it — from someone who referred to the former president of the United States as a 'Muslim n - i - g - g - e - r.' When asked to return that money, he said no. He's using that money to now fund negative ads."

With that remark, cheers and claps came from the audience, prompting the moderator to ask them to settle down. Watch the clip below: