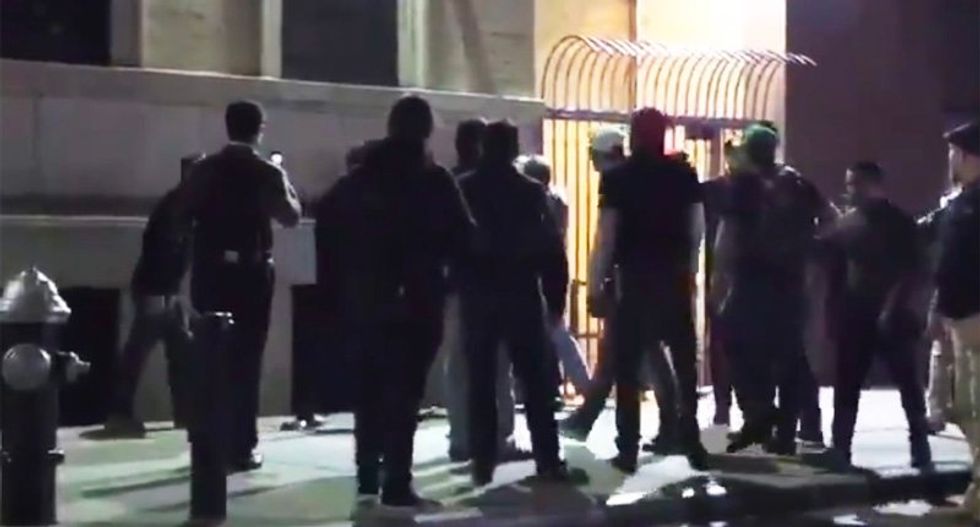 Late Friday night, following an event at the Metropolitan Republican Club of New York, a mob of approximately 30 members of the Proud Boys was filmed attacking and beating several men in the street, reports Heavy.

The attacks followed a speech by one of the founders of the group, Gavin McInnes.

In multiple videos posted to Twitter and YouTube, a group of men can be seen suddenly running down the street and then gathering as two or three men are pummeled and then kicked while on the ground.

According to filmmaker Sandi Bachom, the attack began after "a protester tried to take their MAGA hat they wear brutally kicked and punched."

Filmmaker Andrew Kimmel, formerly of Buzzfeed, provided more context and supplied additional photos of the fights, which can be seen below.

You can watch the videos below:

Tonight in NYC the #ProudBoys called people they considered to be “antifa” faggots as they beat them up. Gavin McIn… https://t.co/5pzPbvRh4J
— Andrew Kimmel (@Andrew Kimmel)1539415376.0