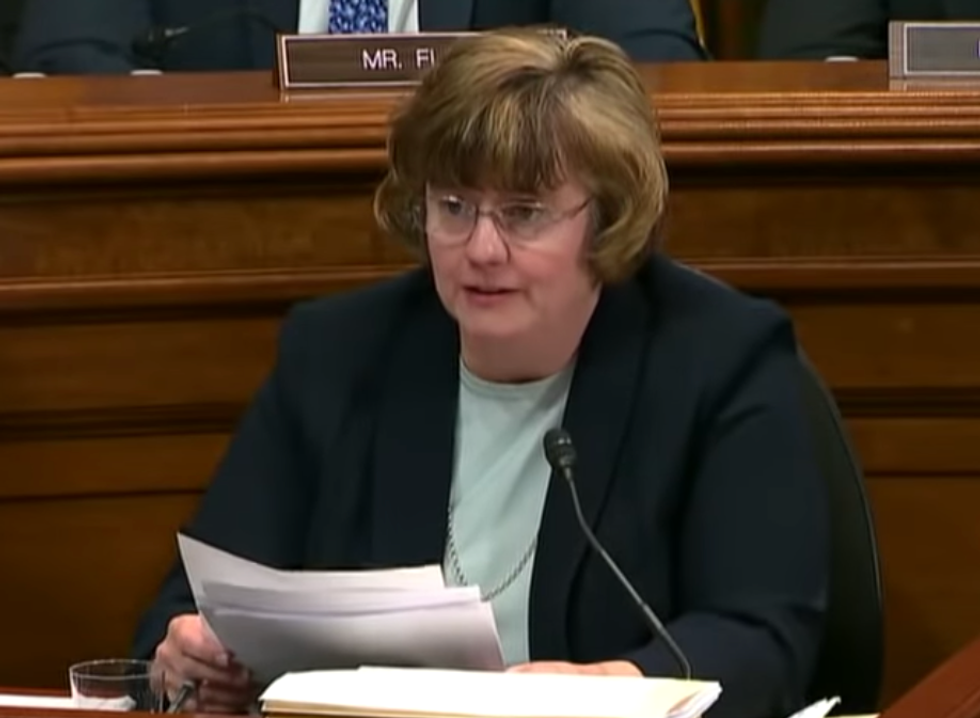 A memo from Maricopa County sex crimes prosecutor Rachel Mitchell, who questioned Dr. Christine Blasey Ford during her testimony on allegations against U.S. Supreme Court nominee Brett Kavanaugh, revealed late Sunday that Mitchell would not advise a criminal prosecution for Kavanaugh—obscuring the reality of the consequences Kavanaugh currently faces if the FBI finds evidence that he has committed sexual assault or perjured himself in any way.

The memo claims a "reasonable prosecutor" would not pursue Ford's case, and includes five pages of Mitchell's observations about perceived holes in her story of the alleged sexual assault which took place in the early 1980s, when Kavanaugh and Ford were in high school.

But while Mitchell offered her thoughts on the believability of Ford's testimony, she included nothing about Kavanaugh's belligerent statement and refusal to answer direct questions from Senate Democrats during his appearance last Thursday—strongly suggesting that it was Ford, not Kavanaugh, who was on trial during the hearing.

Rachel Mitchell’s report confirms that as far as the GOP was concerned, Christine Ford was on trial. The memo contains not a single word on Kavanaugh’s testimony and its vast array of inconsistencies and outright lies. This is reprehensible. https://t.co/iMNYJR6nKx

The document's conclusion also flies in the face of what numerous political observers have pointed out in recent days—that the question of criminally prosecuting Kavanaugh is irrelevant, because a Senate hearing is not intended as a criminal trial. The purpose of Democrats in the Senate was not to build a case to bring charges against Kavanaugh, but only to help determine if he warrants a lifetime appointment on the Supreme Court.

1. This is a hearing on Kavanaugh's qualifications & fitness, not a criminal prosecution
2. Rachel Mitchell was rendered irrelevant once the men stopped yielding their time
3. A fair & uninterrupted cross of #Kavanaugh would've explored his lies under oathhttps://t.co/iC0k3kkB9p

This is so irresponsible and plainly flawed. But this dishonest memo aside, the person Rachel Mitchell should be writing a memo about is Brett Kavanaugh. It’s the veracity of his claims that count. He’s the person being considered for a lifetime appointment. https://t.co/F8BxmuBS9P

The memo was released as an FBI probe into Ford's claims and those of Deborah Ramirez, who alleges Kavanaugh assaulted her in college, got underway. The Senate Judiciary Committee was forced to call for an investigation on Friday after it became clear that the Republicans did not yet have enough votes to bring Kavanaugh's nomination to the Senate floor for a vote. However, according to reports, the White House has severely limited the scope of the investigation.

Last week, Mitchell questioned Ford on her allegations, but her participation in the hearing was cut short when Republican senators began questioning Kavanaugh—and defending him against the claims.