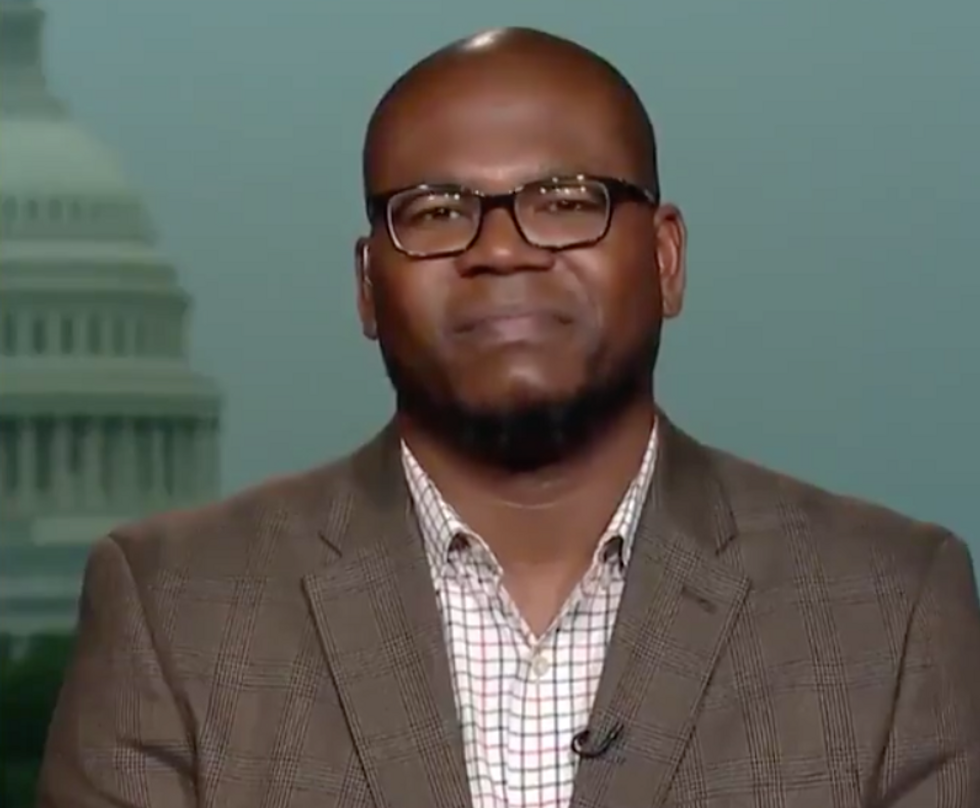 Even while he occasionally pretended to be "presidential" as major Democratic figures received bombs in the mail this week, President Donald Trump revealed that his deep-rooted partisan and petty nature is all-consuming, and he frequently reverted to his pugilistic form.

He continued to attend his raucous campaign events and rallies despite the appalling attacks through the week. And while he was somewhat subdued in his performance Thursday night on stage, he hinted that this change was insincere by referencing how well-behaved he was. And he persisted in attacking the media, despite the fact that CNN was among those targeted with the mail bombs. On Friday morning, Trump bemoaned the fact that the "'Bomb' stuff" had distracted from his political priorities in the runup to the 2018 midterm elections, suggesting falsely that is all might be a hoax. Then later after a suspect was arrested in the case, he held a partisan event in the White House with a group of black conservatives who jeered at the media and chanted "lock him up" about George Soros, a major Democratic donor and one of the targets of the attack.

In light of these events, politics editor at The Root Jason Johnson decried the president's behavior.

Earlier in the show, he had explained: "Given the way he responded to what happened in Charlottesville, given how he responded to Khashoggi, given the fact that he puts what happened today and through this week in context of how it affects the midterm elections, we don't have leadership in this country when it comes to domestic terrorism. This president foments it as much as he is occasionally forced to speak against it. And unfortunately, it's going to take men and women like ourselves, and people in the media, and day to day Americans to fight against this because we will not get the kind of verbal or moral leadership we get from anyone in this administration."

He added: "Any opportunity he has to speak is an opportunity for us to be reminded of what an actual danger he is to everything we hold dear in this country."