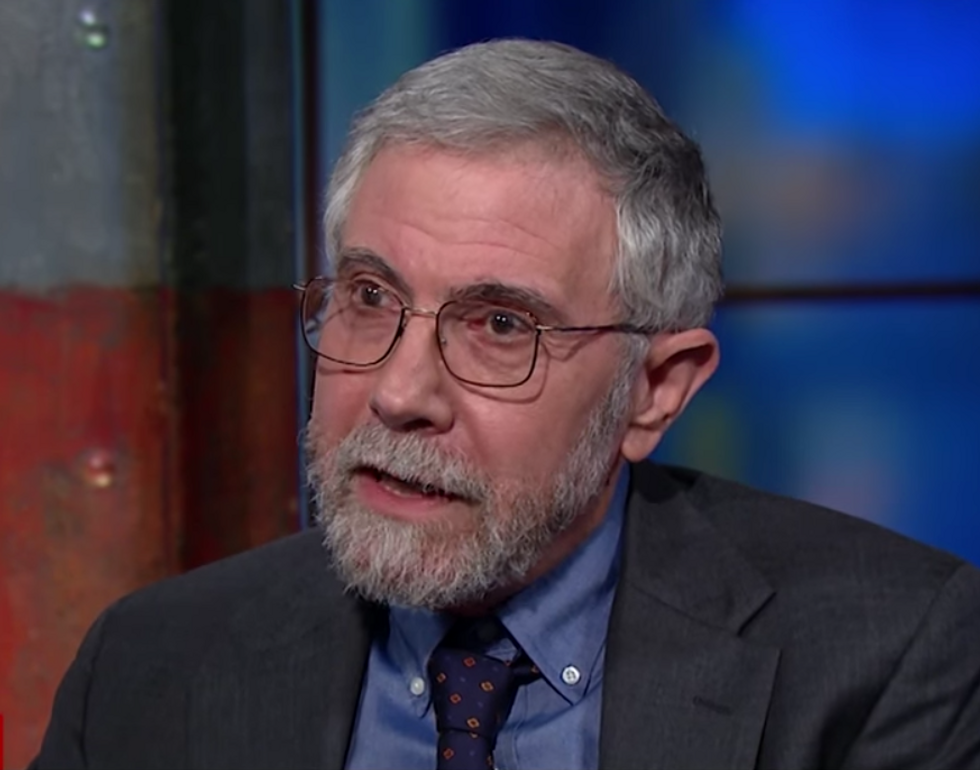 New York Times op-ed columnist Paul Krugman is taking a well-deserved victory lap as his most dismal predictions about the dark machinations of the Republican Party are coming true.

He explained in a new column this week:

When the Trump tax cut was on the verge of being enacted, I called it “the biggest tax scam in history,” and made a prediction: deficits would soar, and when they did, Republicans would once again pretend to care about debt and demand cuts in Medicare, Medicaid and Social Security.

Sure enough, the deficit is soaring. And this week Mitch McConnell, the Senate majority leader, after declaring the surge in red ink “very disturbing,” called for, you guessed it, cuts in “Medicare, Social Security and Medicaid.” He also suggested that Republicans might repeal the Affordable Care Act — taking away health care from tens of millions — if they do well in the midterm elections.

Some media apologists for the GOP defended McConnell, who they point out was discussing a "bipartisan" solution to spending on entitlements.

But this is just a smokescreen. Democrats don't actually think we have a problem with entitlement spending. It's Republicans who continually ignore the range of possible solutions to long-term deficit projections — like raising taxes or boosting immigration rates — and declare that slashing spending on old people, the poor,  and people with disabilities is the only way to have a responsible budget.

While some pundits erroneously cede this ground to Republicans, Krugman has consistently called the party out on its doublespeak.

"Any political analyst who didn’t see this coming should find a different profession," he said. "After all, 'starve the beast' — cut taxes on the rich, then use the resulting deficits as an excuse to hack away at the safety net — has been G.O.P. strategy for decades."

Of course, when Republicans drastically cut taxes for the wealthy and corporations, they claimed to believe these cuts would pay for themselves — even though no credible analysis supported this idea.

Now, the party is just as disingenuously promising it will protect Medicare and coverage for pre-existing conditions, even though everything the party is doing reveals otherwise. McConnell is admitting the party's actual view is that entitlement spending needs to come down, and the party continues to lead battles on multiple fronts against Obamacare, the law that protects pre-existing conditions coverage, without a credible alternative.