'Grow Up!': Watch This Top GOP Senator Shoo Away Women Protesters Begging Him to Listen as They Get Threatened with Arrest 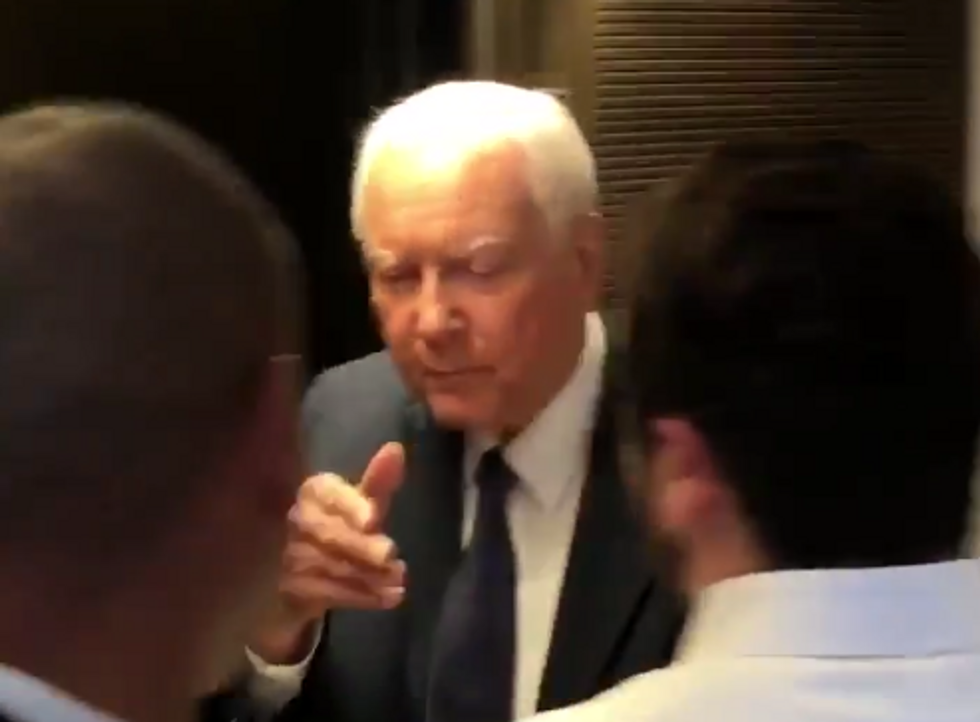 With the vote on Supreme Court nominee Brett Kavanaugh just days away despite the obvious inadequacies in the FBI report Republicans claim absolves him of sexual assault, women are taking to the streets in protest, and survivors are hounding senators relentlessly.

But Republicans are starting to lose the patience to pretend they care — in particular, Sen. Orrin Hatch (R-UT), a powerful member of the Senate Judiciary Committee.

When pursued by a group of survivors accosted him at an elevator and demanded he listen to them, Hatch responded by waving them away with their hands, shouting that he'll listen "when you grow up!"

The protestors responded with fury. "How dare you talk to women that way! How dare you!"

Classy @OrrinHatch telling a group of survivors to “grow up” while he literally shoos them away with his hand. pic.twitter.com/MGEf0OSkWy

Hatch, who is retiring in a few months, has angrily dismissed allegations against Kavanaugh, saying that his first accuser, Dr. Christine Blasey Ford, is "mixed up." The longest-serving Republican senator in U.S. history, Hatch is one of the few members of the Judiciary Committee who was in the Senate during the Clarence Thomas hearings, when Anita Hill came forward with accusations of sexual harassment. At the time, Hatch behaved much as he is now, insulting and belittling a woman for the crime of coming forward against a powerful man.