'One of His Most Dishonest Weeks': Trump Fact Checker Reveals the President's Desperation as the Midterms Close in 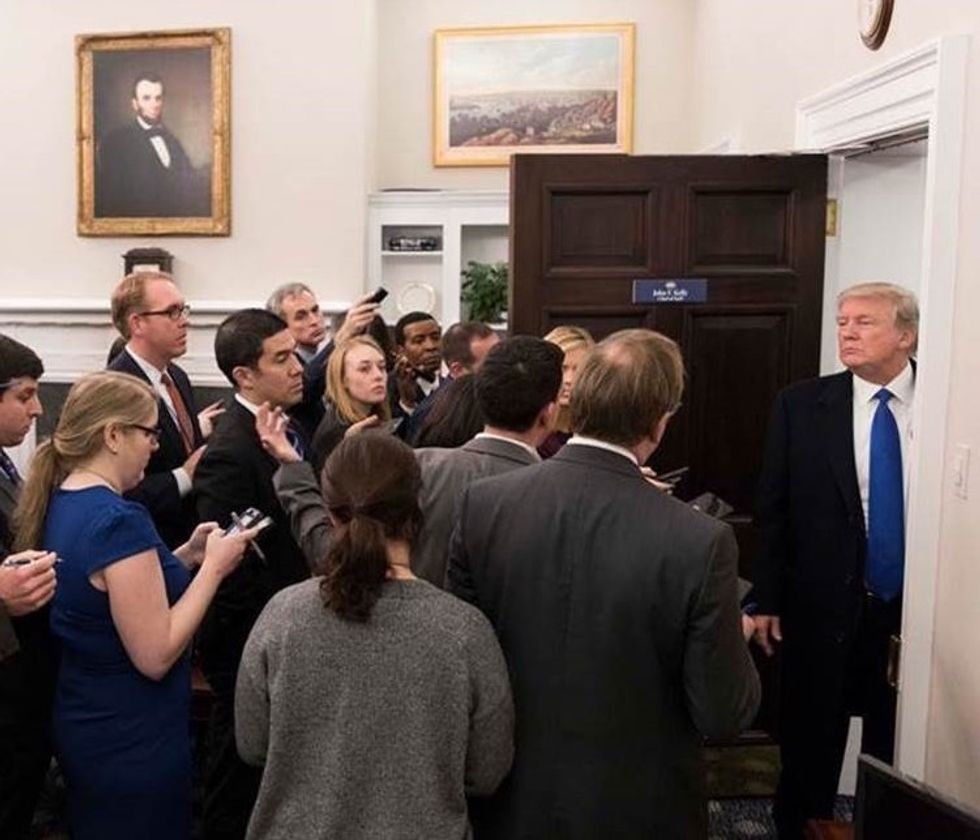 If Democrats win back just one chamber of Congress next month in the midterm elections — and most observers expect they'll take the House — it could mean no end of trouble for President Donald Trump. With the power of subpoena in their hands, Democrats could create a nightmare for the president by examining his finances and his administration with a fine-toothed comb.

The clearest sign that Trump is terrified of this prospect is the amount he's lying. According to Daniel Dale, the Toronto Star reporter who chronicles the president's lies, Trump is lying at peak velocity.

"I've fact-checked every word Trump has uttered for two full years," Dale explained on Twitter. "This is one of his most dishonest weeks in political life. He's lying about so many different things at once, and in big ways -- not exaggerating or stretching, completely making stuff up."

He's lying about health care, immigration, the Central American caravan, fake tax cuts — and even non-existent riots that he says his own allies are carrying out in California.

When a reporter pressed Trump on his lie on Monday, he seemed taken aback, retreating to the vague statement, "It is rioting in some cases."

Of course, lying is nothing new for Trump. But there have been only a few other periods when Trump's lies have come at such a pace. Usually, an uptick coincides with when he feels particularly under threat from the Russia investigation.

Trump often calls the investigation a "witch hunt," claiming that it is carried out by "13 angry Democrats." Well, in a few weeks, if his opponents win the House, the president will have more than 200 angry Democrats with the power and energy to investigate him thoroughly — and they'll have much less compunction than Robert Mueller about making their findings public.