Obama Slams Republicans for Their History of Cynical Lies: 'They Didn't Care About Emails!" 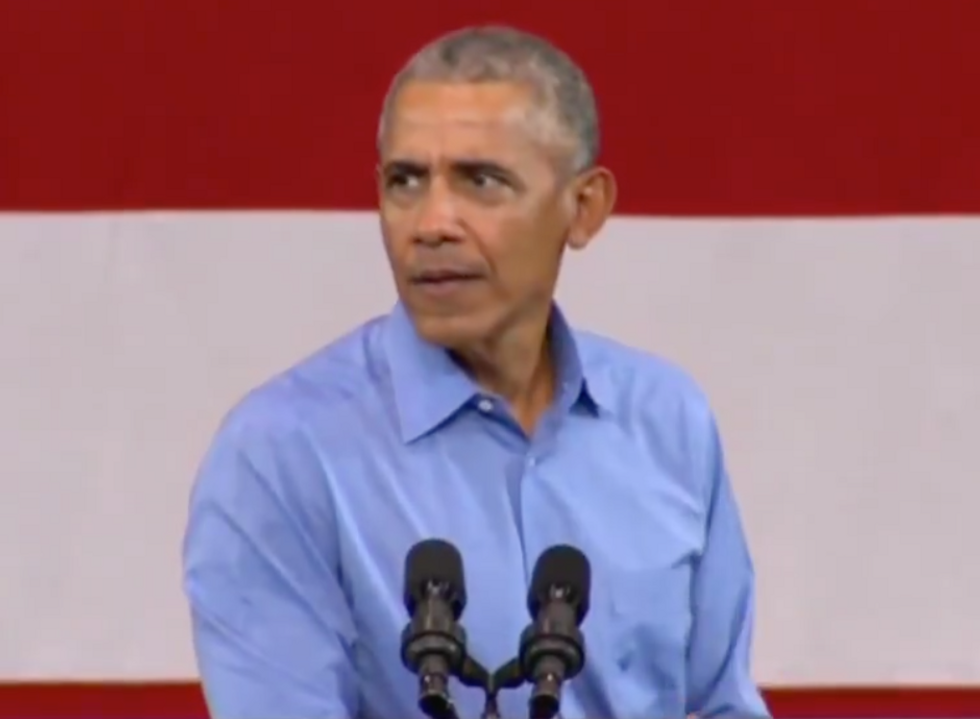 While speaking at an event Friday in the runup to the 2018 midterm elections, President Barack Obama let loose on Republican politicians and conservative media who dogged his entire term in office with cynical lies to whip up fears of the conservative base.

Obama pointed out that, during elections, Republicans would manufacture crises and controversies in an attempt to attack his presidency and his agenda. But once the election was passed, they could drop the issue entirely and pretend they never cared so much about it, revealing the pernicious ploy.

"In the 2010 midterms, it was: "Government bureaucrats are gonna kill your grandma!' Remember 'death panels'? Just made it up! But that was a thing. 2014: 'Ebola is going to kill all of us!'" Obama said.

And it wasn't just about him. When Hillary Clinton was running for president, they used this tactic against her as well.

Obama continued: "They didn’t care about emails! And you know how you know? Because if they did, they’d be up in arms right now as the Chinese are listening to the president’s iPhone that he leaves in his golf cart. It turns out, I guess it wasn't that important!" Watch the clip below: