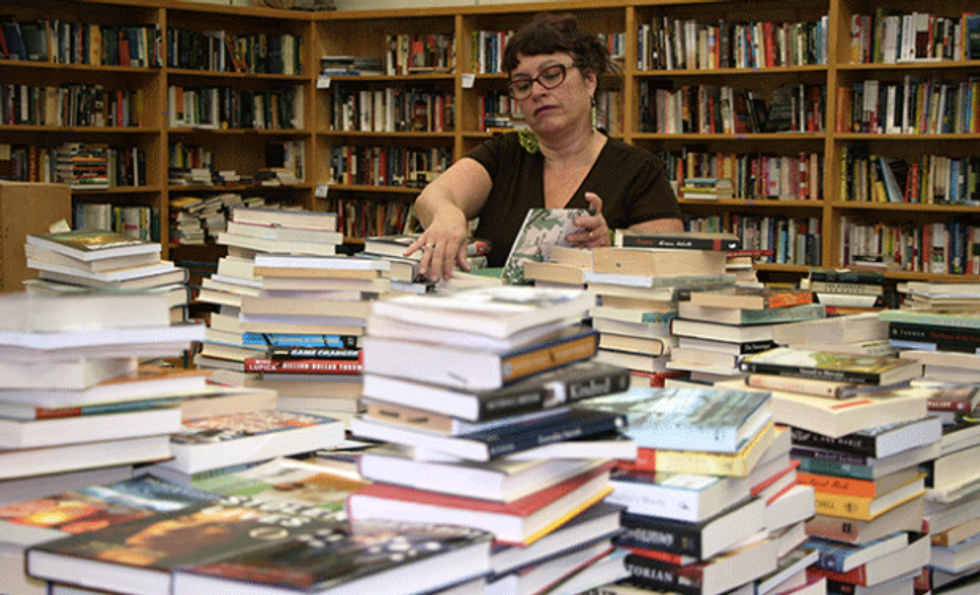 For Plano residents, that mad dash to their library’s book drop will soon be a thing of the past. As of this month, the City of Plano is getting rid of overdue fines for materials borrowed from its public library. Residents are still responsible for replacing lost and damaged items. However, if they’ve accidentally left a picture book at grandma’s house in Oklahoma, their library account will simply be frozen until that item is returned or replaced within 30 days.

Plano is not the first city in in the DFW Metroplex to rethink overdue fines. It is simply the latest. Frisco, McKinney and Irving have likewise taken up this policy change. Furthermore, Plano won’t be the last city to get rid of overdue fines: More cities and towns across Texas are likely to adopt similar changes in the coming years.

The growing popularity of electronic borrowing has had an enormous impact on how much revenue is collected via overdue fines. When a title is due, it simply vanishes from a borrower’s electronic shelf. No fines, no fuss. For many library systems, overdue fines on individual titles are becoming a diminishing source of revenue, making it much easier to get rid of them altogether. And now that the three major credit bureaus are removing library fines from consumers’ credit reports under the National Consumer Assistance Plan, the threat of overdue fines doesn’t carry the same weight it might have once had.

What public libraries get in return for getting rid of fines goes directly to the core of their mission: literacy, information and community engagement. Librarians with advanced degrees in technology and research are no longer haggling with patrons over “the principle of the thing,” which in some cases amounts to less than a dollar. Instead, they are better able to use their time and education to make an even more meaningful impact on the lives of the patrons who walk through the door.

These benefits are not just philosophical. Six months after changing its policy on overdue fines, the Dayton Metro Library in Ohio reported seeing fewer overdue materials compared to the previous year, and that borrowers actually returned moreof these overdue materials than they did in 2017. Dayton’s library administrators believe that the suspension of library services, along with the replacement costs of the materials, were more effective in motivating borrowers to return their books.

Over the last few years, library advocates have noted how public libraries have truly become more than just books. Some of the changes are obvious, from more open floor plans to community partnerships, not to mention the fabulous technological additions like 3D printers. But some of the most significant changes to public libraries have been in their mission statements and small policy tweaks. These changes might not be as splashy, but they are essential in positioning local library branches to better serve their communities.

The threat of overdue fines has been a barrier to access, especially to individuals living on fixed incomes. This is especially significant because Texas is about to go through what demographers are calling “the silver tsunami.” The Real Estate Center at Texas A&M has projectedthe number of Texans over the age of 60 to increase 217 percent by the year 2050. Public libraries, with their community orientation, will be a significant partner as cities plan for this demographic shift. Libraries are, after all, hubs of information. So seniors who are less worried about overdue fines are more likely to take advantage of all the resources that library has on offer. That might be “just books.” But while they’re there, they might also learn how to use tablets and video-chat with relatives for the first time.

Sure, policy changes to overdue fines might be a small gesture, but changes like these will have an incredible impact on how libraries are able to reach out to underserved pockets in their local communities and connect residents with quality information and resources. And of course, to connect residents with the latest best-sellers too.

Disclosure: The City of Plano has been a financial supporter of The Texas Tribune, a nonprofit, nonpartisan news organization that is funded in part by donations from members, foundations and corporate sponsors. Financial supporters play no role in the Tribune's journalism. Find a complete list of them here.