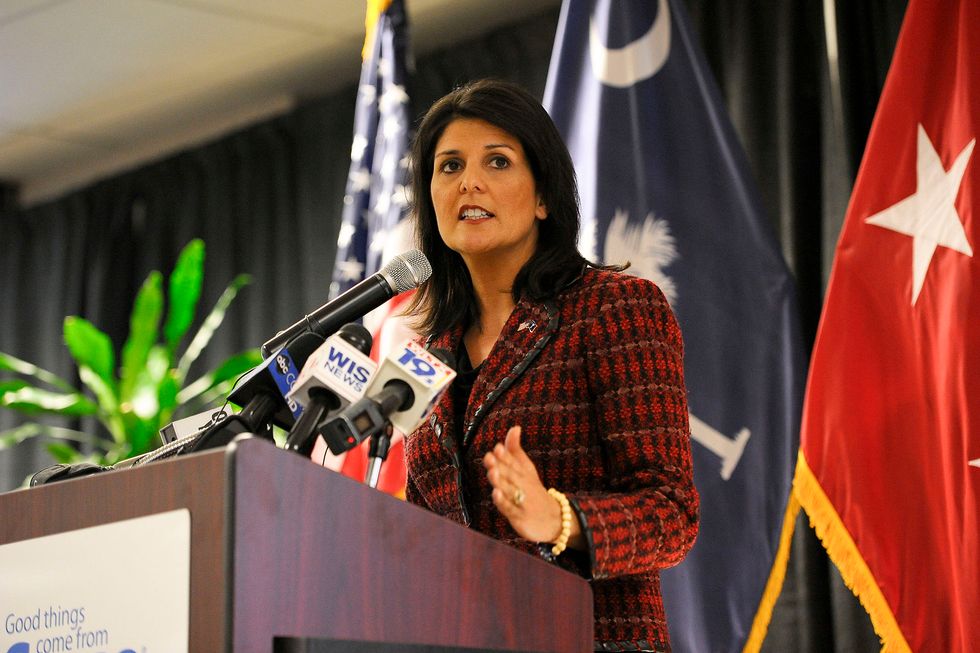 According to Axios, Nikki Haley, President Donald Trump's ambassador to the United Nations, has handed in her resignation to the White House.

The former governor of South Carolina, Haley has often been described as one of Trump's more independent and non-sycophantic administration officials, although she is a hardline neoconservative hawk who fit comfortably within the Trump White House on policy.

During her tenure, she played a central role in the relocation of the Israeli embassy that blew up long-standing diplomatic policy in the Arab-Israeli conflict, and pulled the United States out of the U.N. Human Rights Council.

As of this writing on Tuesday morning, it is unclear why she has resigned or when exactly the resignation will take effect.