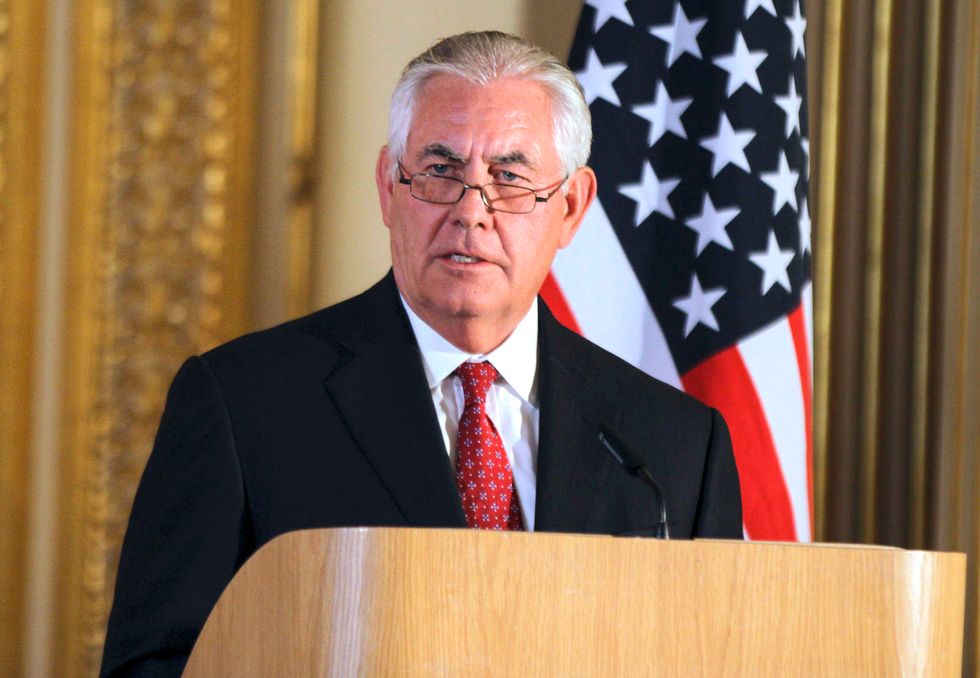 After a three-year probe and amid mounting demands that the fossil fuel industry be held accountable for driving the climate crisis, New York Attorney General Barbara Underwood on Wednesday filed suit against ExxonMobil, the world's largest oil and gas company, for defrauding investors by downplaying the financial threat of regulations crafted to mitigate human-caused global warming.

"Big oil may finally face some consequences for its role in wrecking the climate," declared 350.org co-founded Bill McKibben. "The New York Attorney General is standing up for investors who may have been swindled, and indirectly for the seven billion of us who will suffer from Exxon's lies."

"Investors put their money and their trust in Exxon—which assured them of the long-term value of their shares, as the company claimed to be factoring the risk of increasing climate change regulation into its business decisions. Yet as our investigation found, Exxon often did no such thing," Underwood said in a statement.

New York investigators, she said, concluded that "Exxon built a facade to deceive investors into believing that the company was managing the risks of climate change regulation to its business when, in fact, it was intentionally and systematically underestimating or ignoring them, contrary to its public representations."

The complaint (pdf) details years of troubling actions by Exxon's leaders—including former CEO Rex Tillerson, who spent more than 40 years at the company prior to his short-lived tenure as the President Donald Trump's first secretary of state.

The state's probe, launched by Underwood's predecessor Eric Schneiderman, came to light in 2015 after the Los Angeles Times and InsideClimate News reported that the company had "conducted cutting-edge climate research decades ago and then, without revealing all that it had learned, worked at the forefront of climate denial."

Since those reports, Exxon has been named in multiple climate liability lawsuits brought by city, county, and state officials across the country as advocacy groups and the public have increasingly pressured politicians to hold oil and gas companies accountable for contributing to the climate crisis and lying about the devastating long-term impacts of dirty energy.

And as Richard Wiles, executive director of the Center for Climate Integrity, observed, "Climate change deception is central to Exxon's business model." The company pocketed immense profits while it "bankrolled a 30-year, multi-million denial campaign, manufacturing doubt about climate science when it knew there was none."

While Exxon continues to make money from oil and gas production, coastal communities are facing the mounting financial and environmental costs of the climate crisis. Wiles, like many others who support the ongoing litigation against fossil fuel firms, said Wednesday that Exxon "needs to pay investors they misled and the cities and states now facing massive climate expenses."

In addition to making the companies pay for the consequences of their products, climate campaigners are demanding a worldwide transition to renewable energy. Referencing the recent IPCC report that stated the international community must take rapid action to prevent climate catastrophe, Ages pointed out: "The stakes have never been higher in capping carbon emissions."