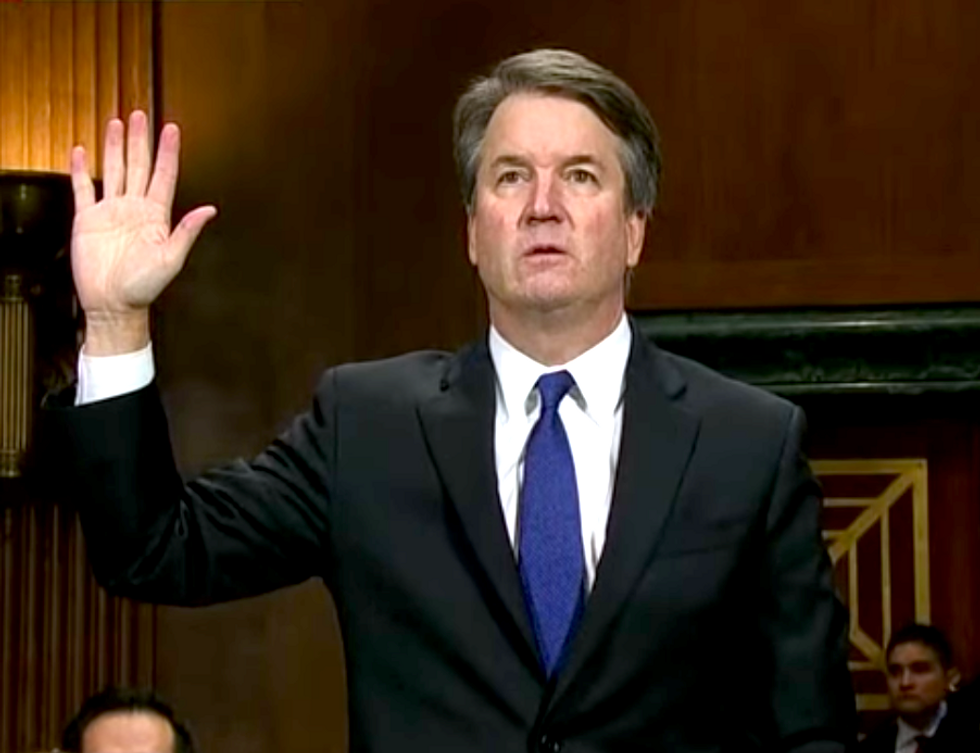 Supreme Court nominee Brett Kavanaugh is already facing an avalanche of accusations of perjury after his fiery testimony last week contained many gross mischaracterizations and many outright falsehoods. But a new report from NBC News on Monday evening only added to the judge's troubles, suggesting he may have knowingly misled the Senate under oath about the extent of his knowledge of the second set of sexual misconduct allegations brought against him.

His second accuser, Deborah Ramirez, alleges that at a drunken party in college, Kavanaugh exposed his penis to her and pushed it toward her face against her will, forcing her to push him away. When Sen. Orrin Hatch asked Kavanaugh under oath last week when he first heard of these allegations, he said, in the New Yorker story — which was published Sept. 23.

However, Kerry Berchem, identified as a mutual friend of Kavanaugh and Ramirez from Yale, says that Kavanaugh "and/or" his friends were trying to find people who could refute the allegation as early as July.

Berchem showed NBC News texts with another mutual friend, Karen Yarasavage, who said Kavanaugh personally asked her to go on the record in his defense before Ramirez's claims were published. Other messages also suggest Kavanaugh's team was aware of the allegations and was trying to prepare for them before the New Yorker article went live, according to NBC News.

The outlet also reports that Berchem has sent these texts to the FBI, which is conducting an investigation into the claims against Kavanaugh, but she has not received a response.

"It would be surprising, and it would certainly be highly imprudent, if at any point Judge Kavanaugh directly contacted an individual believed to have information about allegations like this," Bob Bauer, former White House counsel for President Barack Obama, told NBC News. "A nominee would normally have been counseled to leave to his legal and nominations team the job of following up on any questions arising from press reports or otherwise, and doing so appropriately."