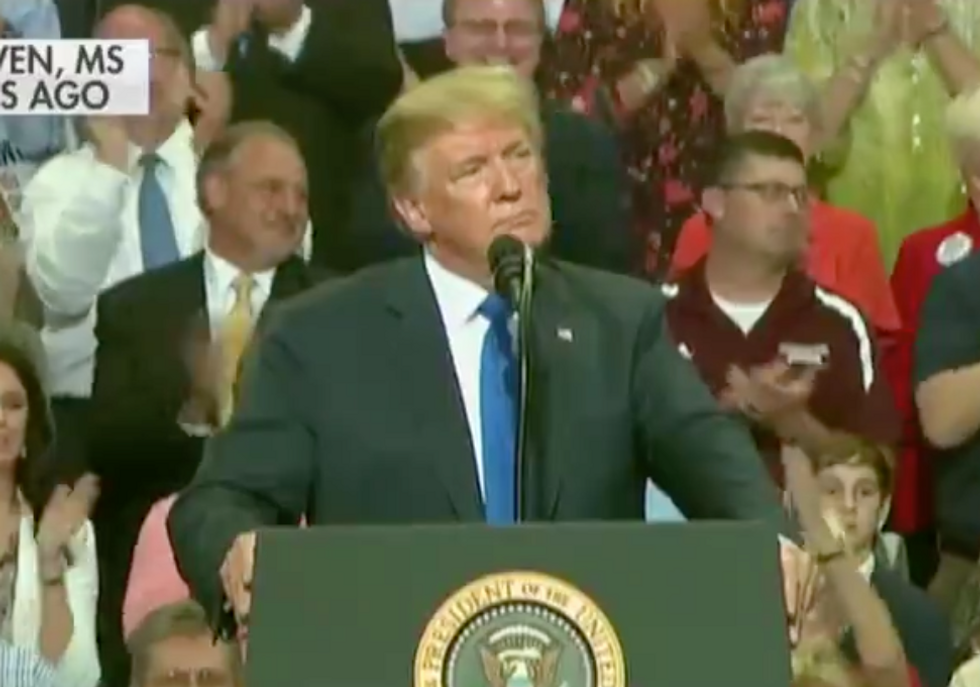 At a campaign rally on Tuesday night, President Donald Trump broke from his previous script of praising Christine Blasey Ford to vicisouly attack the woman who has accused Supreme Court nominee Brett Kavanaugh of sexual assault.

He mocked some of the gaps in her memory of the assault, which she had emotionally recounted on live television and under oath last Thursday as the country watched in shocked attention.

The crowd cheered at Trump's cruel ridicule of a victim of sexual assault.

When mimicking her replies, Trump adopted a dull monotone, seemingly implying that Ford was muted or unengaged during her testimony. In fact, she spoke softly but emotionally and engaged thoroughly with her questioner. Despite Trump's mockery, while Ford did have some gaps in her memory — as can be expected 36 years later — she vividly and clearly described the attack itself.

After her testimony, even Trump himself called her "very credible," and even few Republicans questioned that she truly was a victim of sexual assault, even while they expressed doubts about the identity of her attack. The president seems to have abandoned the belief that Ford deserves to be treated with respect.

Though Trump's presidency and time on the public stage have had many despicable moments, his decision to mock a woman who had the courage to describe a traumatizing sexual assault before the entire country is certainly one of the vilest so far.