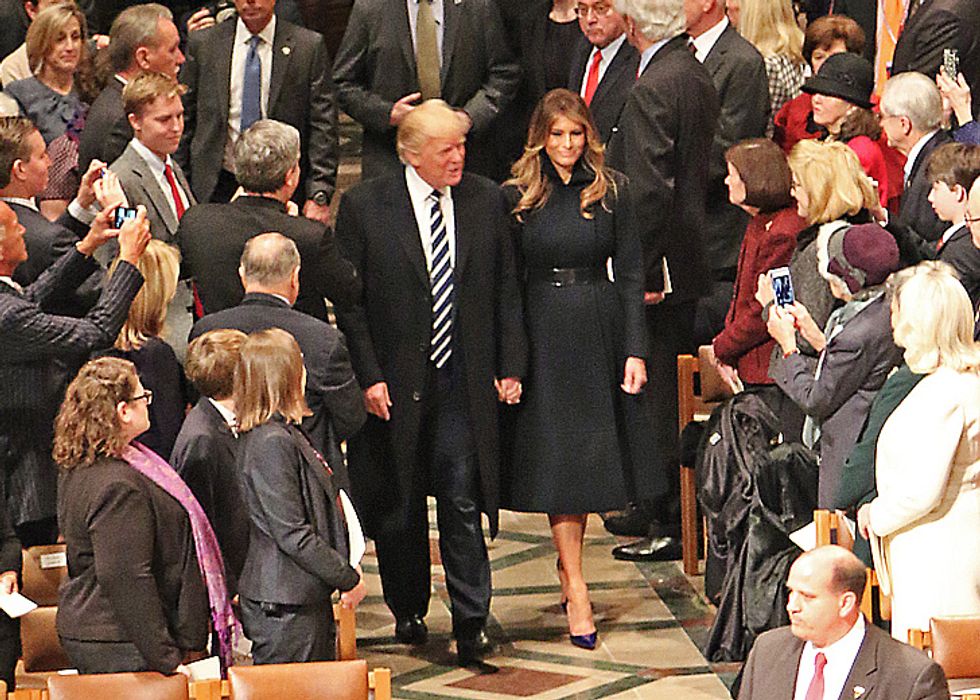 A new federal lawsuit charges that President Donald Trump, his company, and his three eldest children—Don Jr., Ivanka, and Eric—deliberately defrauded working-class Americans by convincing them to invest hundreds or thousands of dollars in sham business opportunities and training programs.

As the New York Times reports, the 160-page complaint filed in the U.S. District Court for the Southern District of New York on Monday depicts the Trump Organization—the primary holding company for the president's vast network of businesses—"as a racketeering enterprise that defrauded thousands of people for years as the president turned from construction to licensing his name for profit."

"For more than a decade," the complaint alleges, the president and his children named in the case "have operated a large and complex enterprise with a singular goal: to enrich themselves by systemically defrauding economically marginalized people looking to invest in their educations, start their own businesses, and pursue the American dream."

The suit targets two of the president's multi-level marketing companies—ACN, which provided telecommunications services, and the Trump Network, which sold vitamins—as well as the Trump Institute, described as "a live-seminar program that purported to sell Trump's 'secrets to success' in extravagantly priced seminars."

It was brought by four plaintiffs who are using pseudonyms because of "serious and legitimate security concerns given the heated political environment." The plaintiffs' attorney fees are being covered by the nonprofit Tesseract Research Center, whose chairman is Democratic donor Morris Pearl.

Trump Organization attorney Alan Garten dismissed the allegations as "meritless" and told the Times, "This is clearly just another effort by opponents of the president to use the court system to advance a political agenda."

Plaintiff attorneys Roberta A. Kaplan and Andrew G. Celli Jr. said in a statement that the case was motivated by "systematic fraud that spanned more than a decade, involved multiple Trump businesses, and caused tremendous harm to thousands of hardworking Americans." Denying suggestions that the suit was intentionally filed just ahead of the midterm elections, they added, "The case is being brought now because it is ready now."

While Kaplan and Celli told the Times they are unaware of "any prior case against the Trumps alleging consumer fraud on this scale," this isn't the first time the president has been sued for fraud. Shortly after winning the 2016 presidential election, he settled for $25 million after being accused of "swindling thousands of innocent Americans out of â€‹millions of dollars through a scheme known as Trump University."

Additionally, in June, after a two-year investigation, New York State filed suit alleging that the Trump Foundation, the president's charity, had engaged in "persistently illegal conduct," including violations of campaign finance laws and tax regulations, and illegal coordination with his presidential campaign. That case is being held up by an ongoing court battle over whether a sitting president can be named in a civil suit.