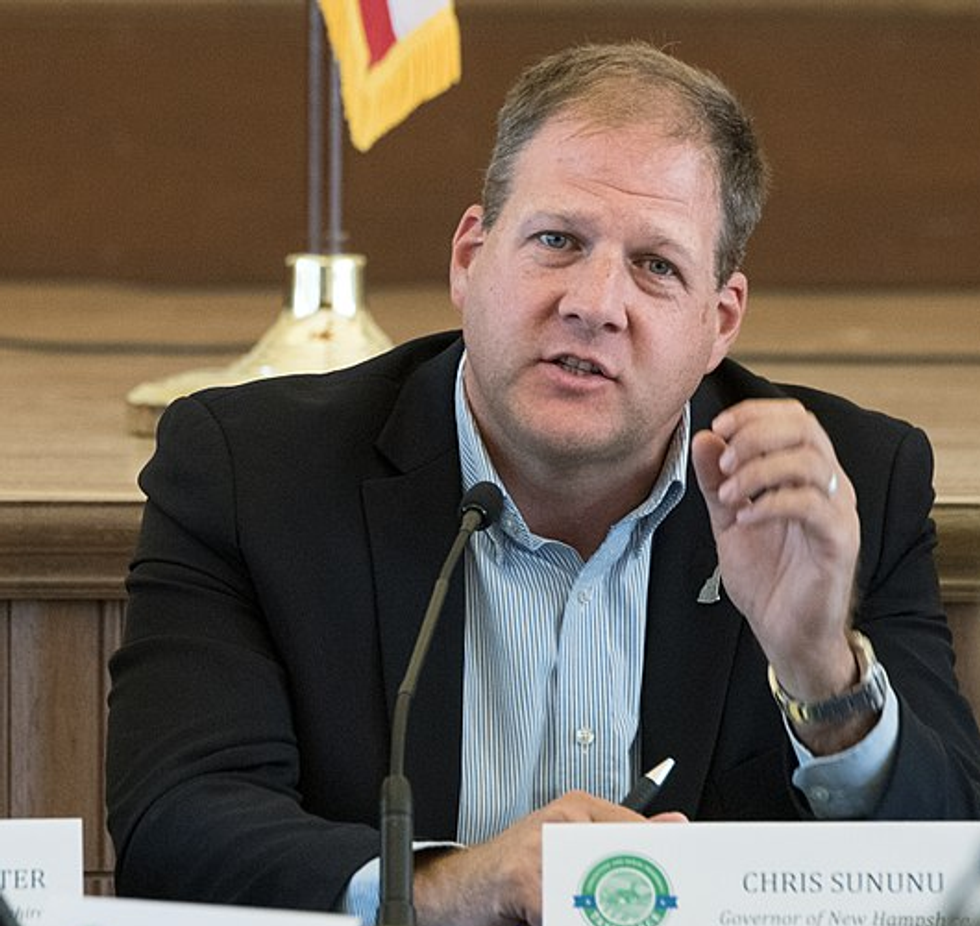 On Monday, in a victory for voting rights, a GOP law in New Hampshire that threatened to suppress turnout in November's elections was struck down by a state judge.

Senate Bill 3, which was signed into law by Republican Gov. Chris Sununu last year, would have required New Hampshire voters to provide documentation proving they are "domiciled" in the town where they are voting if they register to vote within 30 days of the election. Those who fail to provide the documentation would have still been able to vote, but would have to give a signature of attestation and submit the documents in the following weeks, or face investigation at their place of residence and possible penalties for voter fraud.

Voting rights groups say the bill's requirements were confusing, would increase lines at polling places, and make it impossible for the homeless to vote.

Hillsborough Superior Court Judge Kenneth Brown agreed, in his ruling for the League of Women Voters of New Hampshire, who filed a lawsuit along with multiple New Hampshire residents who were struggling to register to vote.

In his ruling, Brown pointed to experts who testified that the new voter registration forms required by the law "would be incredibly difficult for the average adult to read and understand," and wrote that the plaintiffs "presented credible testimony that the negative impact of SB3 will be greater for certain groups of people." He ordered New Hampshire to revert to the voter registration forms in use in 2016.

Sununu blasted the ruling, saying, "As the first in the nation presidential primary state, we have an obligation to ensure the integrity of our election." ACLU of New Hampshire attorney Henry Klementowicz called the ruling "a big victory for voters in New Hampshire," noting that "SB3 does nothing to make our elections more secure while at the same time throwing up difficult roadblocks to voting for some of the most disadvantaged populations."

Ever since New Hampshire came under unified Republican control in 2016, Sununu and his allies in the state legislature have done their utmost to restrict the franchise in the state, driven partly by President Donald Trump's conspiracy theory that he only lost the state because a bunch of people were "bussed in" from Massachusetts. To that end, many of the GOP's voter restrictions in the state are designed to force voters to exhaustively prove they own a residence in the state.

Earlier this year, Sununu signed another piece of legislation, House Bill 1264, that will eliminate the ability of college students to claim their "residency" while voting in New Hampshire, forcing them instead to acquire an in-state driver license or some other proof they are domiciled there. That law, which is also expected to face legal challenges, will take effect next year.

New Hampshire is one of only two states, the other being Vermont, that elects governors to a two-year term. Sununu is facing off against Democratic former state Sen. Molly Kelly, who has pledged to repeal the GOP's restrictive voting laws.