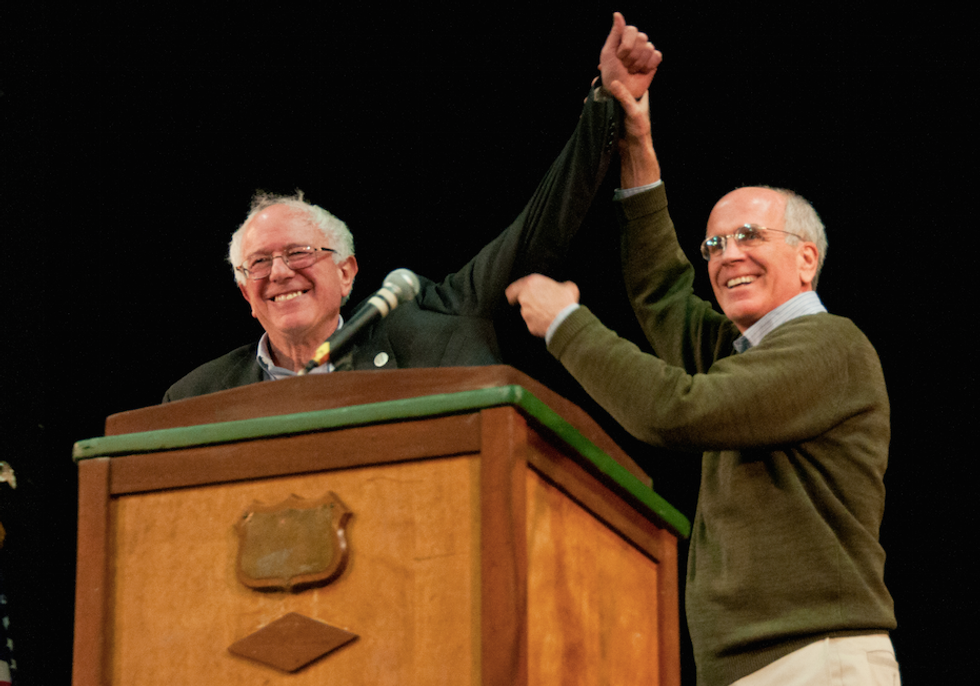 A new ad against Sen. Ted Cruz (R-TX) attacks the senator’s inability to stand up for his own family when President Donald Trump attacked them.

“I mean, come on,” Davis said of Cruz as his “Bernie” character. “If somebody called my wife a dog, and said my daddy was in on the Kennedy assassination, I wouldn’t be kissing their ass. You stick a finger in their chest and give ’em a few choice words. Or you drag their ass out by the woodshed and kick their ass. Come on. Ted.”

In an interview, Dallas lawyer and Democratic donor Marc Stanley told the paper that it hones in on something people in Texas understand about Cruz.

“Sonny’s character really captures what most Texans understand about Cruz: he’s a spineless liar who puts his own ambition ahead of doing his job for the people of Texas,” he said.

You can see Sonny Carl Davis describing Texas in the film “Bernie” below: