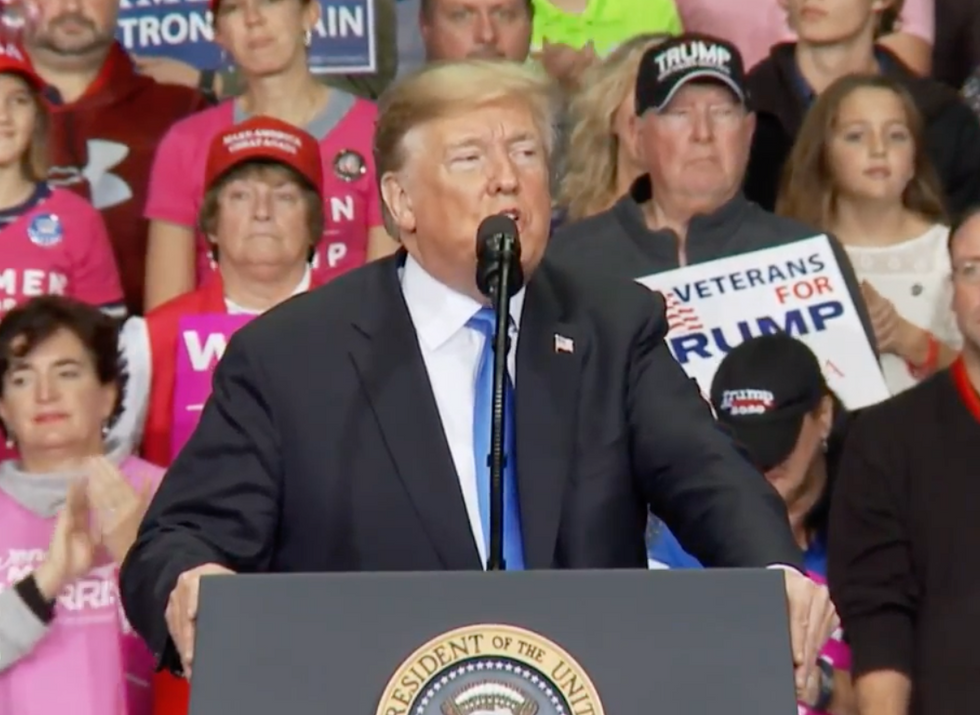 As details come in about bombing-attempt suspect Cesar Soyac, a South Florida man with a lively social media presence that reveals he’s an avid supporter of President Donald Trump, we are learning more about the motivations of the man. From reporting by The New York Times, it is clear that the Trump supporter had publicly and routinely displayed animosity toward well-known Democratic politicians like Barack Obama, Hillary Clinton, and other prominent liberals. It is known that he is a member of Facebook groups like “Vote Trump 2020” and “The Trump American Party.” He also frequently shared stories from Right-wing news outlets like Breitbart and Fox News, as well as posts from social media pages like “Handcuffs for Hillary.”

While the nation should certainly hold Sayoc personally responsible for his actions, especially if it is shown that he does not have a serious mental illness, as a nation we must ask whether the president’s anti-liberal, anti-media rhetoric was a motivating factor in the bombing attempt. To determine whether Trump is partially culpable, we need only ask, would this event have likely happened if another Republican politician, such as Mitt Romney, Marco Rubio, or Ted Cruz, were in office? As a journalist and a psychology researcher, my answer to that is an unequivocal “no.”

In the past,  I wrote about how Trump and his media allies were targeting mentally vulnerable people with their heated and divisive rhetoric, as well as their outlandish conspiracy theories. These theories describe nefarious plots by the “deep state,” a cabal of Left-wing politicians and powerful co-conspirators that is trying to undermine President Trump, while running child sex trafficking rings on the side. These heinous narratives put forth by people like Alex Jones, the shadowy QAnon, and other far-right figures, have been supported implicitly, and in some cases explicitly, by Donald Trump.

While it is currently unknown whether Sayoc—an educated and apparently intelligent man—had ever been diagnosed with a mental illness, he didn’t have to be to attempt this dangerous assault. He only had to be mentally vulnerable enough to buy into Trump’s conspiracy theories. He did not have to be delusional, only suggestible enough for Trump’s anti-liberal rhetoric to motivate him to act. Police records show that Sayoc had been accused of making a bomb threat before, but a threat is not an attempt. Sayoc was obviously triggered by something that pushed him over the edge, and we need not guess what that was.

What is most despicable about Trump’s response to the event is that he continues to place blame on the political Left and the media. This undoubtedly fuels further hatred from his supporters, potentially inspiring copycat attacks.

I find this terrifying as a journalist who has often been critical of President Trump. He is not only putting CNN employees and liberal politicians’ lives in jeopardy, but the lives of everyone who has been vocal in their disapproval of Trump, including all bloggers and even ordinary people who express their political views in public or on social media. If Trump’s rhetoric doesn’t change drastically and permanently, and a Right-wing terrorist attack is successful, the blood will be on his hands.

Bobby Azarian is a neuroscientist affiliated with George Mason University and a freelance journalist. His research has been published in journals such as Cognition & Emotion and Human Brain Mapping, and he has written for The New York Times, The Atlantic, Psychology Today, and Scientific American. Follow him @BobbyAzarian.