The Need for Free Expression: Here Are 5 Highlights of Jamal Khashoggi’s Final Column 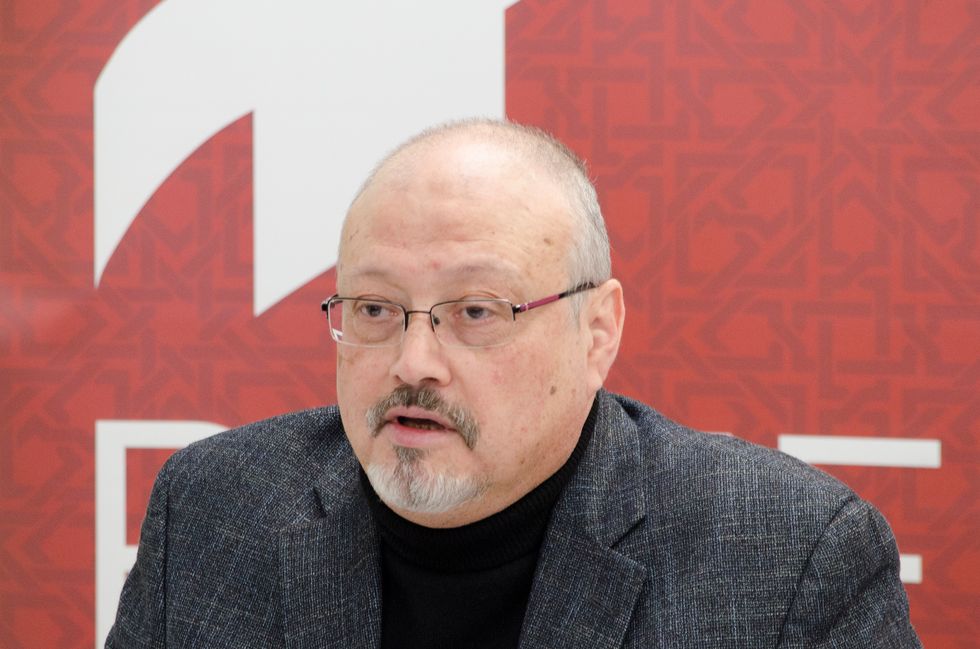 The day after veteran Saudi journalist and Washington Post columnist Jamal Khashoggi was reported missing in Istanbul, Turkey, one of his colleagues at the Post—Global Opinions Editor Karen Attiah—received what turned out to be his final column, which was written in Arabic but translated into English by Khashoggi’s assistant. Attiah, initially, held off on running the piece, hoping that Khashoggi (who lived in Washington, DC’s Virginia suburbs) would be returning to the U.S. and that they could edit it together. But two weeks after Khashoggi’s disappearance—with Turkish government officials alleging that he had been viciously tortured and murdered by Saudi agents inside the Saudi Consulate in Istanbul on October 2—it became painfully obvious that Khashoggi would not be coming back. And the Post went ahead and published his final column the evening of Wednesday, October 17 with the headline, “What the Arab World Needs Most Is Free Expression.”

Attiah explained, “This is the last piece of his I will edit for The Post. This column perfectly captures his commitment and passion for freedom in the Arab world. A freedom he apparently gave his life for. I will be forever grateful he chose The Post as his final journalistic home one year ago and gave us the chance to work together.”

Here are five of the most important points that Jamal Khashoggi made in his final column for the Washington Post.

1. Democracy Is in Short Supply in the Arab World

Khashoggi’s final column addresses human rights, which is bitterly ironic in light of Turkish government officials’ allegation that he was murdered by Saudi agents on orders from the Saudi royal family. Khashoggi opens the column by discussing Freedom House’s 2018 Freedom in the World Report and its assessment of political conditions in Arab countries; Tunisia, Khashoggi laments, is the only one classified as “free” in the report, with Morocco, Jordan and Kuwait being classified as “partly free” and all other countries in the Arab world being classified as “not free.”

2. The Arab Spring Didn’t Fulfill Its Promise of Democracy

Khashoggi notes, in his final column, that he had high hopes for the Arab Spring, but those hopes have not materialized. The columnist asserts, “The Arab world was ripe with hope during the spring of 2011. Journalists, academics and the general population were brimming with expectations of a bright and free Arab society within their respective countries. They expected to be emancipated from the hegemony of their governments and the consistent interventions and censorship of information. These expectations were quickly shattered; these societies either fell back to the old status quo or faced even harsher conditions than before.”

3. Many Arab Governments Have Ramped Up Their Censorship of the Press

Government censorship of the press, according to Khashoggi’s final column, isn’t decreasing in Arab countries—it is getting worse. And the examples he cites include Saudi journalist Saleh al-Shehi being sentenced to five years in prison for criticizing the Saudi Royal Court and the Egyptian government confiscating an entire print run of the Cairo-based newspaper al-Masry al Youm in order to suppress one of its articles. Khashoggi laments, “Arab governments have been given free rein to continue silencing the media at an increasing rate.”

4. The Internet Hasn’t Had the Democratizing Effect in the Arab World That Khashoggi Hoped It Would

Arab governments, according to Khashoggi, have learned to suppress Internet journalism as aggressively as they have censored print journalism. Khashoggi writes, “There was a time when journalists believed the Internet would liberate information from the censorship and control associated with print media. But these governments, whose very existence relies on the control of information, have aggressively blocked the Internet. They have also arrested local reporters and pressured advertisers to harm the revenue of specific publications.”

During the Cold War, the term Iron Curtai was used to described the division between communist and non-communist governments—and according to Khashoggi, “the Arab world is facing its own version of an Iron Curtain, imposed not by external actors but through domestic forces vying for power.”

Khashoggi writes, “During the Cold War, Radio Free Europe, which grew over the years into a critical institution, played an important role in fostering and sustaining the hope of freedom. Arabs need something similar.”