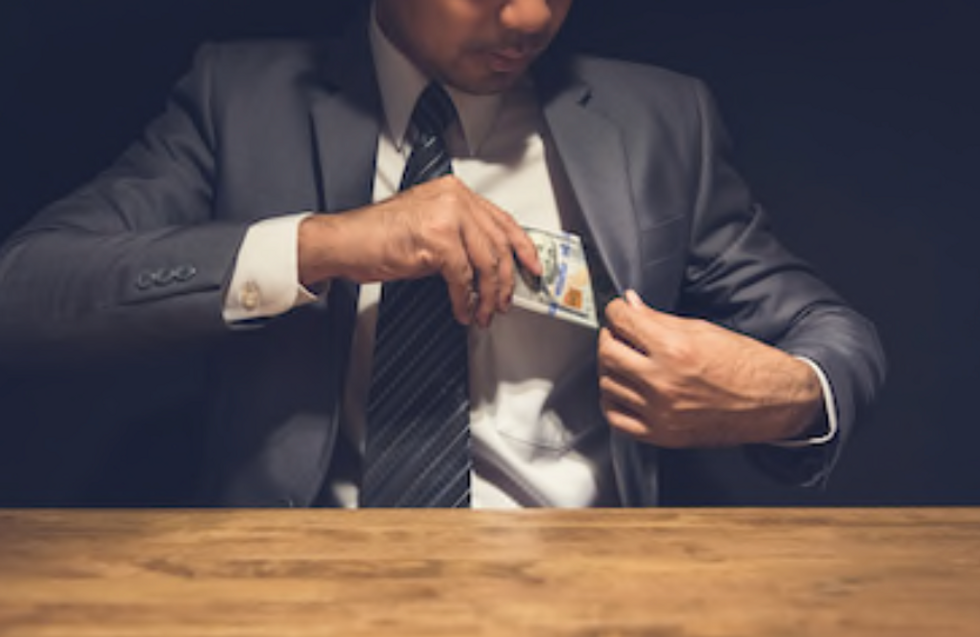 When Nikki Haley resigned this week as the United States’ ambassador to the United Nations, seemingly the political press’ first question was whether Donald Trump would name his daughter Ivanka as her replacement. Trump did little to discourage this speculation. “[It’s] nothing to do with nepotism,” he told reporters at the White House, barely concealing a smile. “But I want to tell you that the people that know, know that Ivanka would be dynamite.”

For “The Shock Doctrine” and “No Is Not Enough” author Naomi Klein, that the president’s offspring would even be considered for such a post is evidence enough that we’ve entered a frightening new era of capitalism—one in which the 1 percent so dominate our institutions that they consider political power to be their natural birthright. In her latest essay for The Intercept, she dubs it the “Age of the Pampered Princeling”:

The Koch brothers were raised in luxury and inherited Koch Industries from their father (who built his fortune constructing refineries under Stalin and Hitler). [Richard Mellon] Scaife was an heir to the Gulf Oil, Alcoa Aluminum, and Mellon Banks fortunes and grew up in an estate so lavish it was populated with pet penguins. [The late John M.] Olin took over his father’s weapons and chemicals company.

And so it goes, right down to Betsy DeVos, who was raised by billionaire Edgar Prince and married into the Amway fortune—and who has devoted her life to dismantling public education, now from inside the Trump administration. And let’s not forget Rupert Murdoch, who inherited a chain of newspapers from his father and is in the process of handing over his media empire to his sons. Or relative newcomer Rebekah Mercer, who has chipped off a chunk of her father Robert’s hedge fund fortune to bankroll Breitbart News, among other pet projects. In short, these people are Downton Abbey lords and masters, playacting as Ayn Rand heroes.

Klein urges her readers to consider the mental gymnastics required for our nation’s scions to convince themselves not just that they’re self-made, but that their attacks on the social safety net are inherently righteous. Whether implicit or explicit, she concludes, it comes down to a belief in their own fundamental superiority: “better values, better breeding, a better religion, or as Trump so often claims, ‘good genes.’ “

“And of course the even darker side is the often unspoken conviction that the people who do not share in this kind of good fortune must possess the opposite traits—they must be defective in both body and mind,” Klein continues. “This is where the Republican Party’s increasingly savage racial and gender politics merge seamlessly with its radical wealth-stratifying economic project. Convinced that people belong where they are on the economic and social ladder, the party can keep redistributing wealth upward to the … families that fund their movement, while kicking the ladder out of the way for those reaching for the lower rungs.”

Alarmingly, money and influence are only growing more entrenched. As part of the Trump administration’s latest tax plan, the mega-rich will be able to pass up to $22.4 million to their children without paying a cent in taxes, effectively locking in another generation of dynastic wealth. The consequences will be grave for the health of our society and the planet at large, especially as climate change threatens civilizational collapse.

“This is an intensely hierarchical worldview that is completely comfortable with a minority making decisions for a majority in a rigged electoral system, just as it feels no need to reconcile two totally different visions of justice—’innocent until proven guilty’ when it comes to Brett Kavanaugh’s job application and, as Trump told a gathering of police chiefs on Monday, ‘stop and frisk’ for anyone seen as a possible criminal in Chicago (obvious code for a black person walking down the street),” Klein concludes. “This is not seen as a contradiction: There are simply two classes of people—us and them, winners and losers, people deserving of rights and everyone else.”

Read Klein’s piece in its entirety at The Intercept.