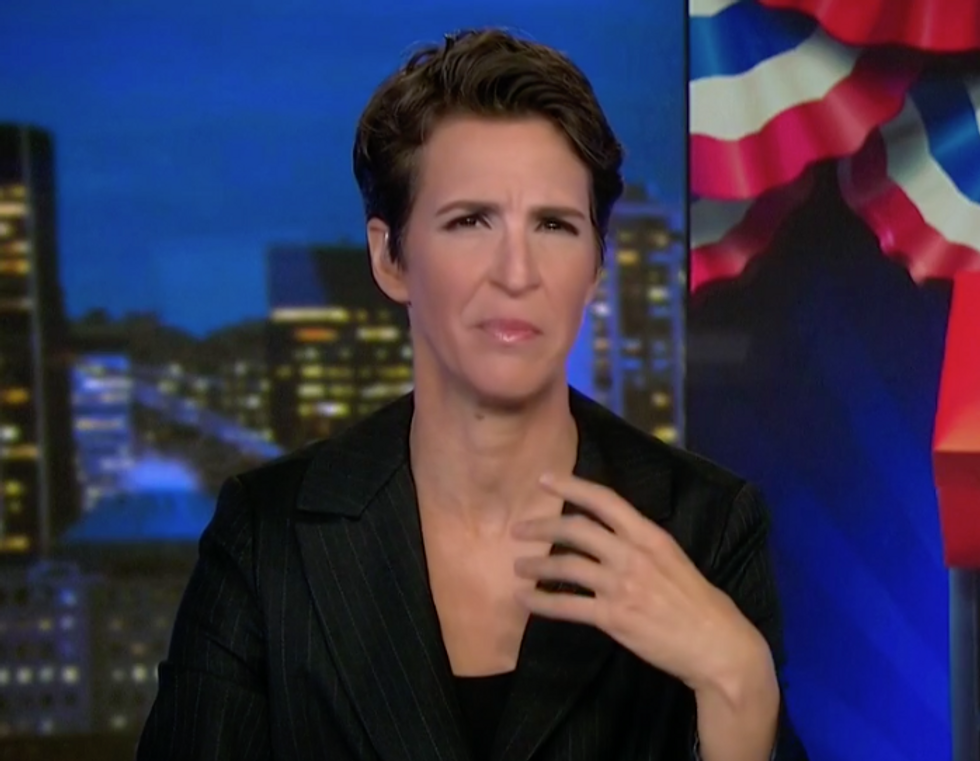 MSNBC's Rachel Maddow mocked a conservative group known as "True the Vote" for its ridiculous efforts to scare potential donors into giving it money because... people are registering to vote.

In a fundraising letter Maddow shared from the group, recipients are warned that "state officials have notified us that counties are being buried under hundreds of thousands of incoming voter registrations, all being strategically submitted in mass."

Maddow ridiculed the group — and not just for the fact that they misspelled "en masse."

"I don't think they mean 'in mass' like 'at Church,' which is what they wrote there..." she said. "What they mean there is: 'Holy guacamole, you guys! Tons of people are registering to vote! This is disgusting! We've got to do something about it!"

But then she got serious: "This is people trying to vote."

She continued: "People are registering to vote and voting in very large numbers. That's great! Don't we all agree that that's great? If that doesn't make you happy and that makes you scared, you have maybe been reading a little too much of your direct mail that's trying to part you from your hard-earned money."