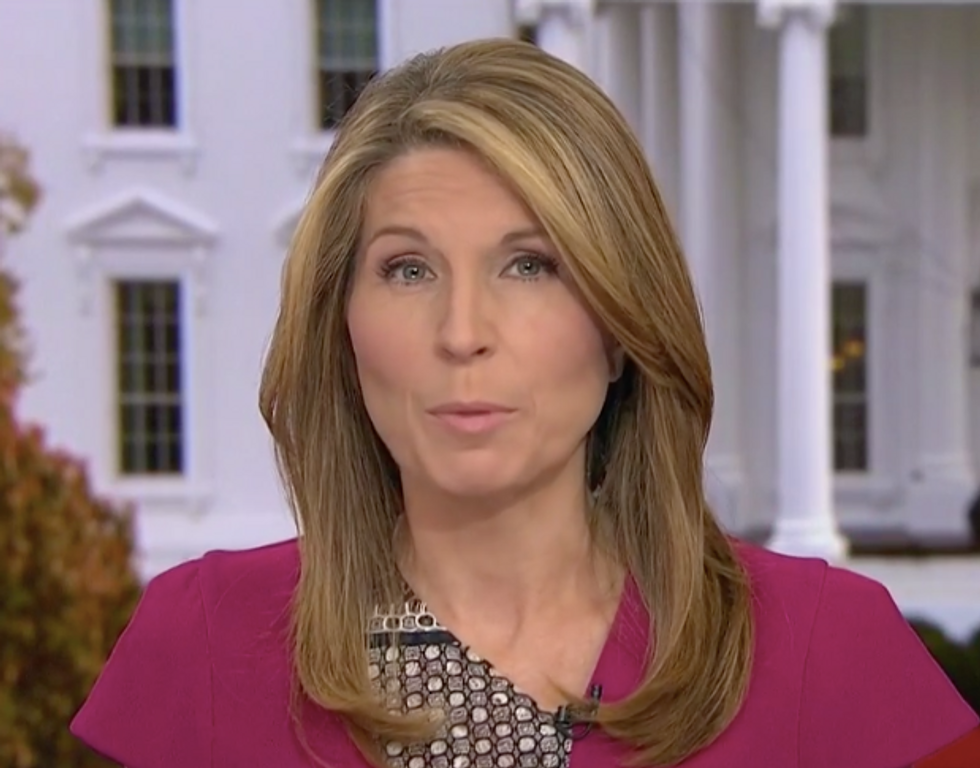 With the 2018 midterm elections less than a week away, it's becoming clear who the breakout stars of the year's fierce campaigns have been. On Wednesday afternoon, MSNBC's Nicolle Wallace argued that Florida's Andrew Gillum and Texas' Beto O'Rourke have proven to be two of the most formidable Democrats in the country — particularly when it comes to taking on President Donald Trump.

"They may be — Beto and Gillum — may be the two best Democratic candidates running this cycle," Wallace said, after playing two clips of the candidates.

John Heilemann, a reporter and analyst for the network, agreed.

"Both of them are not only in the top of their class in terms of rising stars in the party, but they are both better communicators than anyone who ran for president on the Democratic side in 2016 — and that includes the nominee and Bernie Sanders,” he said.

“They out-Trumped Trump at Trumpism," Wallace noted. "They went straight that third rail that Trump wraps his arms around every day, and they played on that dangerous terrain. Beto, by taking on the anthem issue in deep-red Texas,  and saying, you know, here's why it's a free speech issue, not an anti-patriotism issue. And I think he turned that around. And Gillum, by taking the race question and saying — it's still one of the best lines uttered this cycle — 'I'm not saying you're a racist, the racists think you're a racist!'"

Later in the show, the panel also observed that Georgia gubernatorial candidate, Stacey Abrams, has likewise delivered a powerful and standout campaign, challenging her opponent on the issue of voting rights without taking away from any of the other key issues campaign. A recent poll showed her with a one-point advantage over her opponent, Brian Kemp.