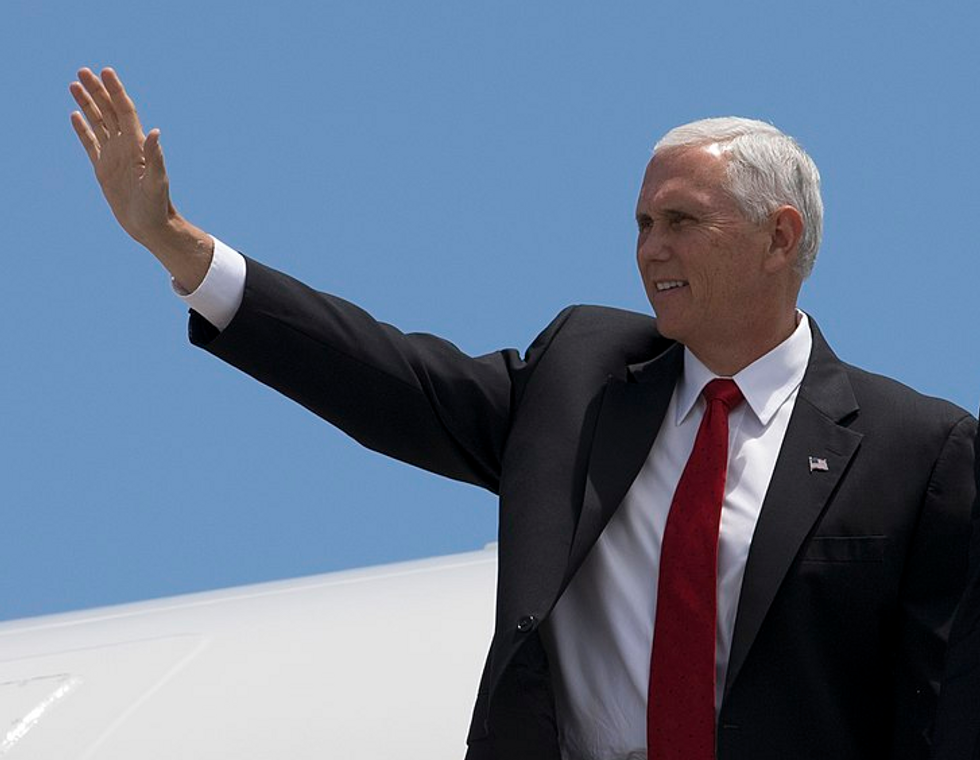 On Tuesday, at a campaign event in Michigan, Vice President Mike Pence brought out Rabbi Loren Jacobs to lead the room in prayer for the victims of the Tree of Life synagogue massacre in Pittsburgh.

The problem: Jacobs' synagogue, Shema Yisrael, is a "Messianic" institution, and Jacobs belongs to a sect of Judaism that effectively proselytizes Christianity. This was evident in the prayer Jacobs used:

VP Pence apparently couldn't find an actual rabbi. Instead he got a Christian leader of a group of Christians who c… https://t.co/SXxIJr6ycl
— Chris Savage (@Chris Savage)1540850141.0

Holy shit. This is astonishing. Pence could not possibly have done something more offensive to Jews https://t.co/2xAXea1xDY
— David Nir (@David Nir)1540850549.0

👀 HOLY SHIT. Pence got someone from JEWS FOR JESUS to pretend to be a rabbi. Not only did @SchuetteOnDuty just los… https://t.co/LxzXUusKR5
— Charles Gaba (@Charles Gaba)1540850868.0

Pence has gotten into trouble with his depictions of the Jewish faith before. In January, during a tour of Israel on Holocaust Remembrance Day, his tweet about how the 6 million Jewish victims of the Holocaust "rose up from the ashes to resurrect themselves to reclaim a Jewish future" was roundly criticized for its overtly Christian imagery.