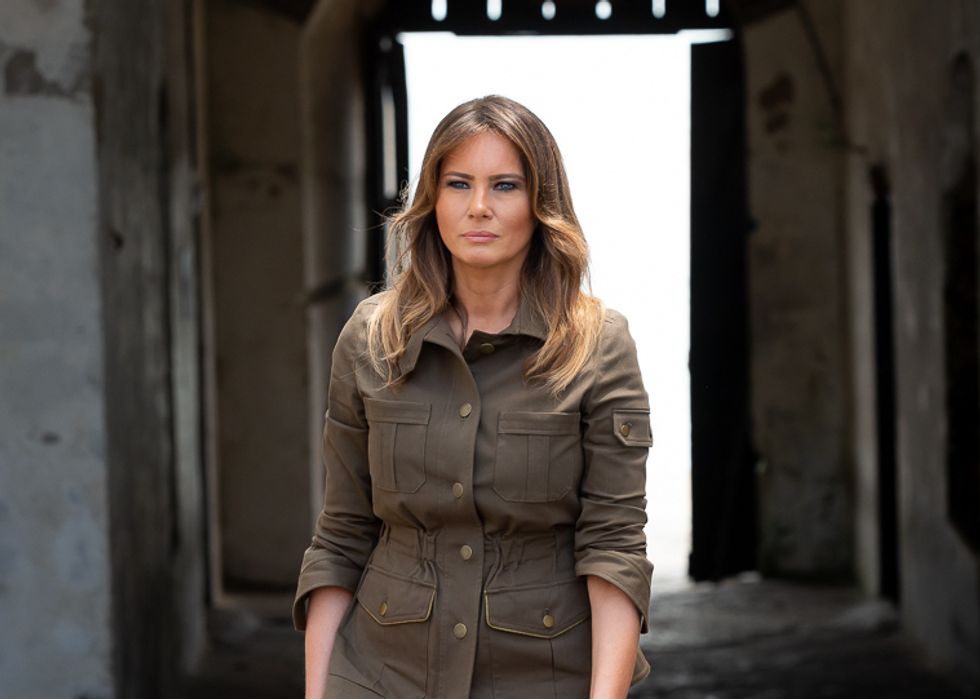 Melania Trump's spokeswoman called for a boycott of rapper T.I. after he posted a video showing himself in the Oval Office while a woman — implied to be the first lady herself — performs a strip tease for him.

Stephanie Grisham, the first lady's communications director, tweeted in response to the video: "How is this acceptable? #disgusting #boycottT.I. @Tip."

The video features the Melania Trump lookalike entering the Oval Office wearing a jacket with the words "I really don't care, do u?" on the back — the same jacket that the first lady wore when she traveled to meet with immigrant children who had been cruelly separated from their parents as a result of the administration's vindictive policies. Melania Trump was criticized for the jacket at the time, which many said sent a disturbing and puzzling message. She recently claimed that it was intended to send a message to the press, not the immigrant children.

T.I.'s video appeared to come, in part, as a rebuke to the president's warm relationship with Kanye West.