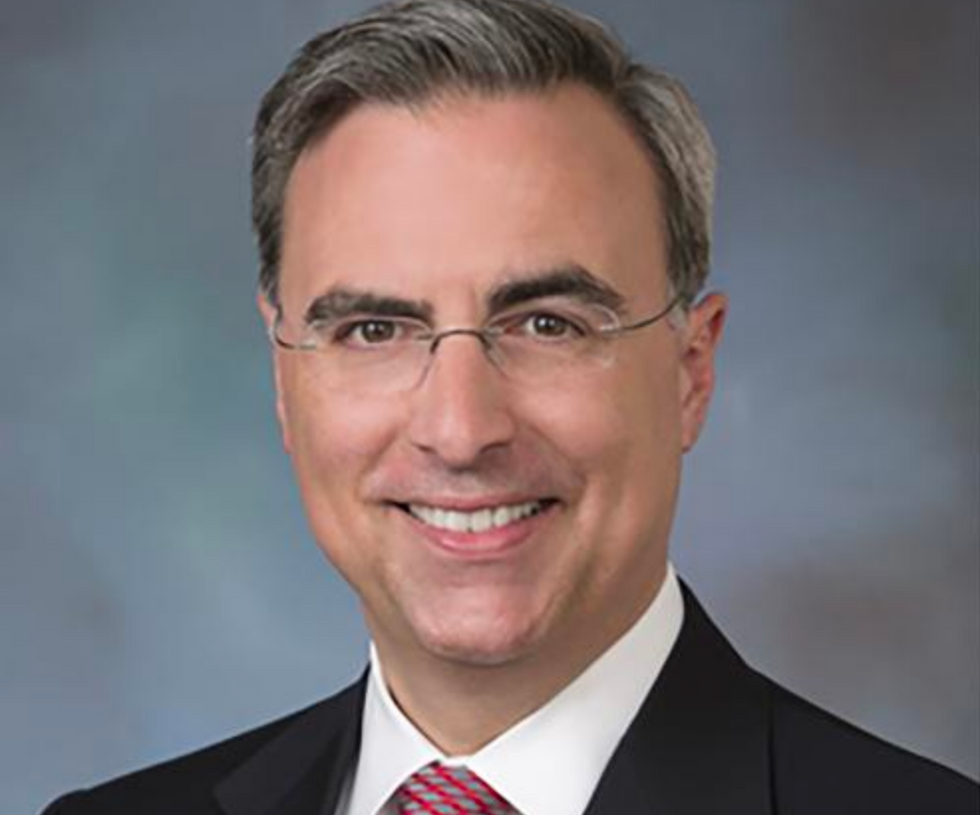 President Donald Trump has announced a replacement for White House Counsel Don McGahn: Pat Cipollone, a former George W. Bush-era Justice Department official who has been a partner in the Washington, DC law firm Stein, Mitchell, Cipollone, Beato & Missner. Wednesday, October 17 was McGahn’s last day as White House counsel, and Cipollone’s appointment comes at a time when the president continues to face Special Counsel Robert Mueller’s ongoing Russia-related investigation while waiting to see how many Democrats he will or won’t have to contend with in Congress come January 2019.

It remains to be seen what will happen in the 2018 midterms, which are less than three weeks away. But even if Republicans maintain their majority in the U.S. Senate and Mitch McConnell remains as senate majority leader, a Democrat-controlled House of Representatives could prove to be a major legal headache for Trump—as a House majority would give Democrats a chance to form all kinds of investigative committees.

Although McGahn served as Trump’s legal counsel during the 2016 presidential election and has advised the president on many matters—for example, McGahn recommended nominating Neil Gorsuch and Brett M. Kavanaugh for the U.S. Supreme Court—their relationship has been tense and uneasy at times. In August, McGahn was reportedly surprised when Trump announced on Twitter that the White House counsel would be leaving his position; McGahn’s departure has often been characterized as a firing via social media.

With Cipollone’s appointment, Trump will no longer have a White House counsel who is a witness in Mueller’s investigation. Because of McGahn’s interactions with Mueller, Trump has had to use attorney Emmet Flood as a counsel.

CNN quoted an anonymous source who is close to Trump’s legal team as saying that Cipollone, along with Flood, could be important assets to the president “should things take a nasty turn in November.” By “nasty turn,” the source is obviously referring to the possibility of a Democrat-controlled House—which could not only form investigative committees, but also, use articles of impeachment against the president. However, there are many variables when it comes to a possible impeachment scenario.

First, a Democratic House majority wouldn’t necessarily want to overplay its hand. Second, if Republicans lose the House but maintain the Senate, an impeachment in the House would be merely symbolic. Removing a sitting president via the impeachment process also requires a conviction in a Senate trial, and a GOP-controlled Senate under McConnell’s leadership would be most unlikely to convict Trump regardless of what Mueller’s investigation turns up. Further, not one president in U.S. history has been convicted in an impeachment trial in the Senate, although Richard Nixon, Andrew Johnson and Bill Clinton all faced articles of impeachment in the House.

Mueller has been playing it very close to the vest with his Russia-related investigation, keeping a low profile and carefully avoiding the media. Veteran television journalist Dan Rather, who covered the Watergate scandal extensively back in the 1970s, has stressed, more than once, that Mueller knows a lot more than he is saying—which is quite an assertion in light of all the legal woes faced by Michael Cohen (Trump’s former personal attorney), Paul Manafort (Trump’s former campaign manager), Rick Gates (a 2016 Trump campaign aide) and others who have been caught up in Mueller’s investigation.

Judging from recent polls, it appears that Democrats are likely to retake the House but not the Senate. Extensive research by pollster Nate Silver indicated that as of October 17, Democrats had an 84% chance of retaking the House but only a 16% chance of retaking the Senate. But if that 84% chance holds up on November 6 and Democrats do retake the House, their investigative committees could be an ongoing worry for President Trump—in which case, Pat Cipollone will have a lot to contend with in his new role as White House counsel.