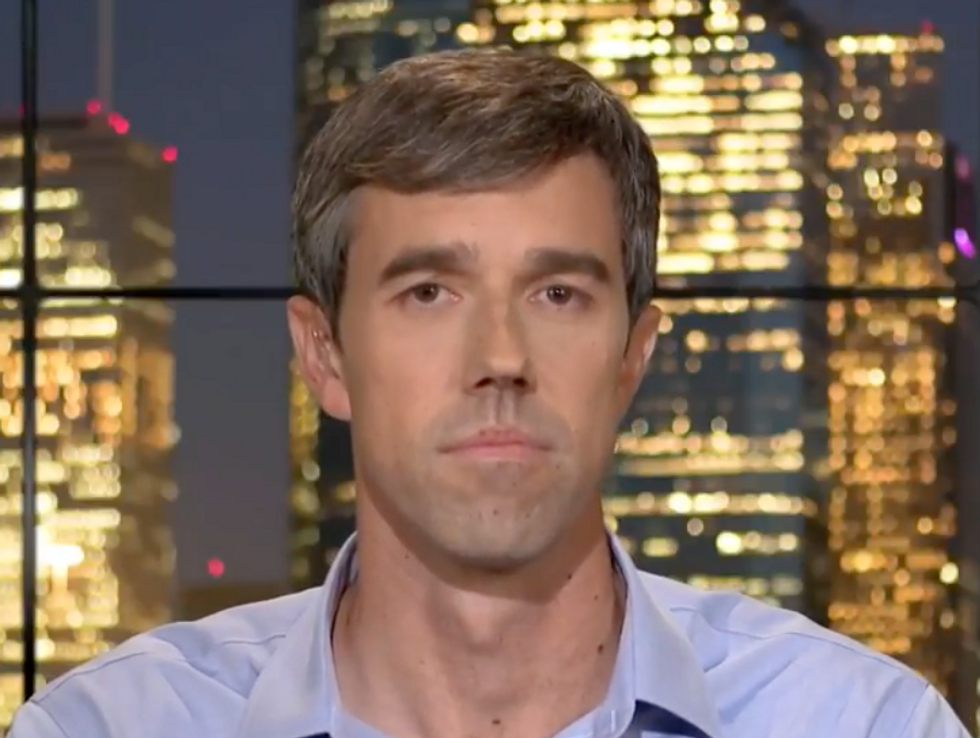 When Sen. Ted Cruz (R-TX) ran for his office in 2012, one of the state's major newspapers, the Houston Chronicle, endorsed his bid. Now, six years later, Cruz has become a nationally known figure who came in second to Donald Trump in the Republican presidential primary — and the Chronicle is withdrawing its support.

"With eyes clear but certainly not starry, we enthusiastically endorse Beto O'Rourke for U.S. Senate," it wrote. "The West Texas congressman's command of issues that matter to this state, his unaffected eloquence and his eagerness to reach out to all Texans make him one of the most impressive candidates this editorial board has encountered in many years. "

But in its endorsement of O'Rourke, the paper spent a significant portion of the editorial lambasting Cruz.

"He's been running for president since he took the oath of office — more likely since he picked up his class schedule as a 15-year-old ninth-grader at Houston's Second Baptist High School more than three decades ago," it said. "For Cruz, public office is a private quest; the needs of his constituents are secondary."

It continued in a scathing fashion:

Voters don't send representatives to Washington to win popularity contests, and yet the bipartisan disdain the Republican incumbent elicits from his colleagues, remarkable in its intensity, deserves noting. His repellent personality hamstrings his ability to do the job.

"Lucifer in the flesh," is how Republican former House Speaker John Boehner described Cruz, adding: "I get along with almost everyone, but I have never worked with a more miserable son of a bitch in my life."=

Lindsey Graham, Republican senator from South Carolina, famously said: "If you killed Ted Cruz on the floor of the Senate, and the trial was in the Senate, nobody would convict you."

Graham, of course, was being facetious — we think — and yet Cruz's off-putting approach works to the detriment of his constituents. His colleagues know that Cruz works for Cruz, first and foremost.

The board acknowledges that O'Rourke faces steep odds. But the Democrat's formidable performance thus far, despite headwinds, is part of his appeal.

The editorial explained: "What sets O'Rourke apart, aside from the remarkable campaign he's running, are policy positions in keeping with a candidate duly aware of the traditionally conservative Texas voter he would be representing in the U.S. Senate. Representing a congressional district that includes Fort Bliss and numerous military retirees, he has focused on improving the U.S. Department of Veterans Affairs, with special attention to mental health. He's a strong believer in free trade and global markets, an economic position that should appeal to pragmatic Houston business interests."

It's not clear that newspaper endorsements really make much of a difference in political campaigns, especially for races that have already seen so much publicity. But the fact that the Houston Chronicle feels compelled to endorse O'Rourke, after having previously endorsed Mitt Romney for president and Cruz for Senate, suggests that the Democrat's campaign really could be a game changer.

His chances may be slim, but he has certainly made the best of rough terrain.