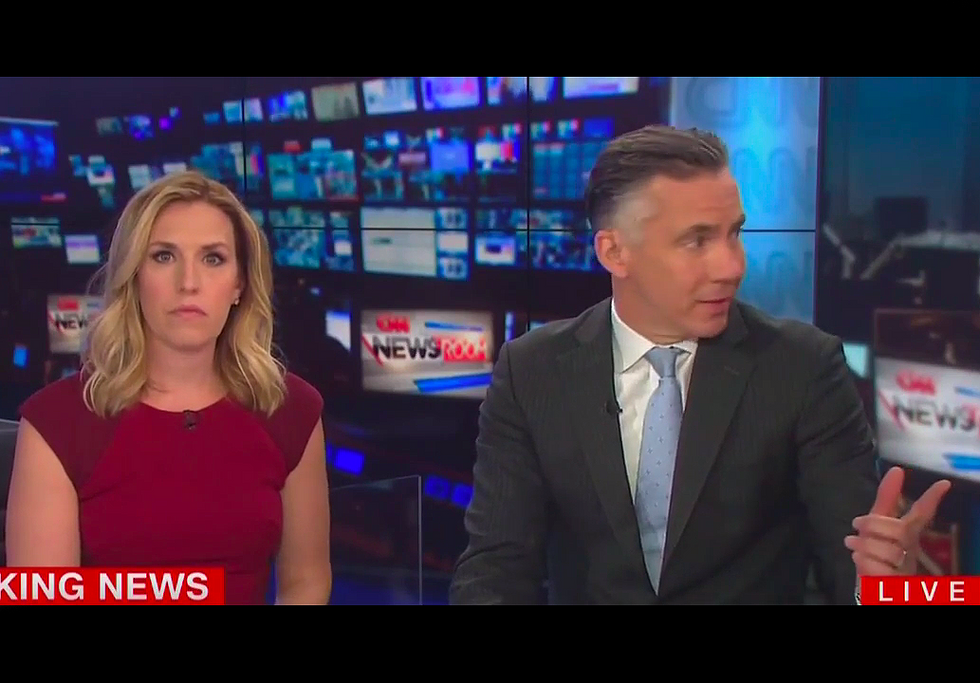 While broadcasting live on-air about the growing situation involving “rudimentary” but “functional” explosive devices sent to the homes of former President Barack Obama, former Secretary of State Hillary Clinton — as well as unconfirmed reports of a suspicious package addressed to the White House — “CNN Newsroom with Poppy Harlow and Jim Sciutto” was interrupted by an evacuation alarm after police say they intercepted another suspicious package addressed to Time Warner Center,  the home of CNN’s New York headquarters.

CNN has had to move its broadcast to DC because its Time Warner building in NYC has been evacuated
— Sam Stein (@Sam Stein)1540390588.0

Harlow and Siutto were discussing the packages sent to the Obamas and Clintons when a noise that sounded like a fire alarm went off.

“That sounds like a fire alarm here,” Sciutto said. “We’ll keep you posted.”

A few minutes later, Harlow interrupted a guest to pull the segment off-air.